Very funny, Sony. We get that Microsoft’s Project Natal has grabbed a lot of attention with the full-body motion control... 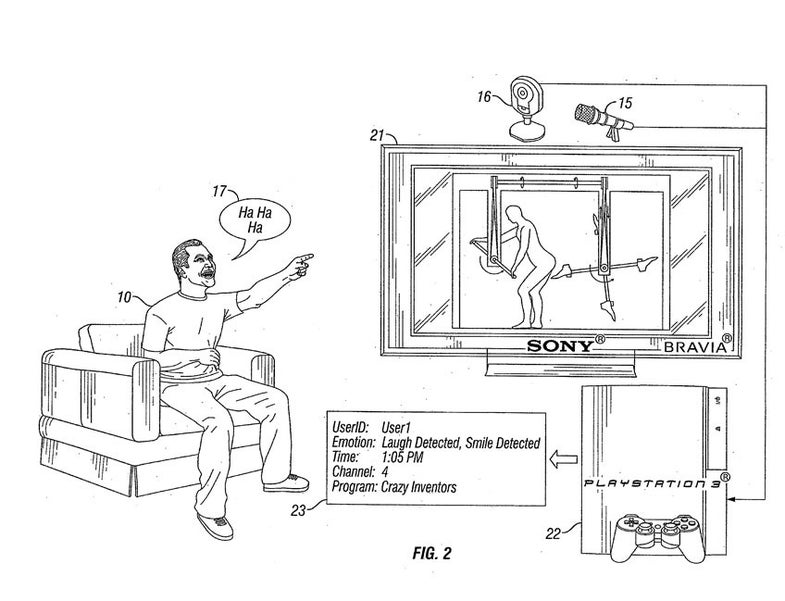 Very funny, Sony. We get that Microsoft’s Project Natal has grabbed a lot of attention with the full-body motion control concept. But you had to take it a step further and tap into our emotions as video game controllers, didn’t you?

Siliconera identified Sony’s patent pending on a laughter detection program. The setup includes both a microphone and a camera to pick up on user facial expressions, linked to a PlayStation 3 in the patent diagram. Even those body gestures and group high fives may become metadata transmitted over the PS3 network.

This isn’t just for giggles, either. The patent mentions identifying other emotions ranging from sadness to boredom, which means you may feel more obligated to hide that yawn during a friend’s “Madden NFL” performance.

Neuromarketing firms have salivated for years over the thought of getting in-depth consumer feedback. But Sony’s idea may represent one of the most audacious yet for video games, although the patent also mentions getting feedback from films, TV shows and more. You remembered that your PS3 doubles as a Blu-ray player, right?

There’s still no sense of how well the concept will distinguish between guffawing at what the cat did versus the media content on display. But for now, we’re just wondering how well this will interpret chuckles in response to that inflatable horseback riding controller for the Nintendo Wii.