Every little boy lives in a world that is as much fiction as reality. For a kid sitting in the... 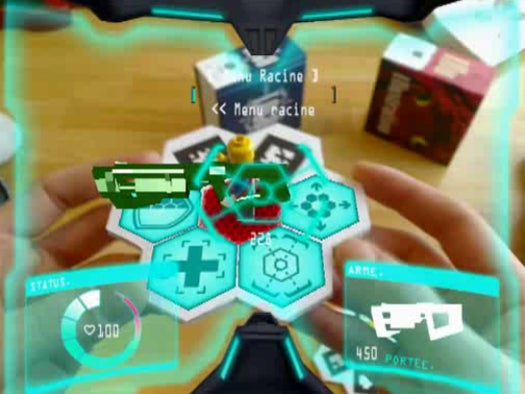 Every little boy lives in a world that is as much fiction as reality. For a kid sitting in the back seat of a car during a long road trip, that Batman action figure isn’t a plastic doll, it’s actually the Dark Knight himself. And that arm rest with the drink holder? The towering precipice of a Gotham high rise. And its exactly that imaginary world that Frantz Lasorne looks to make a bit more concrete with his augmented reality toys.

As displayed in the demo above, Lasorne’s device bridges the gap between physical toy and video game. Developed as his thesis project at the L’École de Design in France, the game, called “Scope”, aims to peel a generation of young children who have grown up with the Internet, hand-held devices and video games away from fixed screens and back to playing with real world objects.

And while it may seem that this takes some of the imagination out of GI Joes or Legos, Lasorne contends that playing with a physical object, even one augmented with video aspects, provides more movement and more positive stimuli for a child sitting in front of the TV and moving only their thumbs. Additionally, the augmented reality toys would allow for greater social interaction, as a bunch of children could be immersed in the same augmented reality world.

So parents, forget the days of wooden horses and paper dolls. This is play date 2.0.