Tech in Training: Getting Deep into the Data 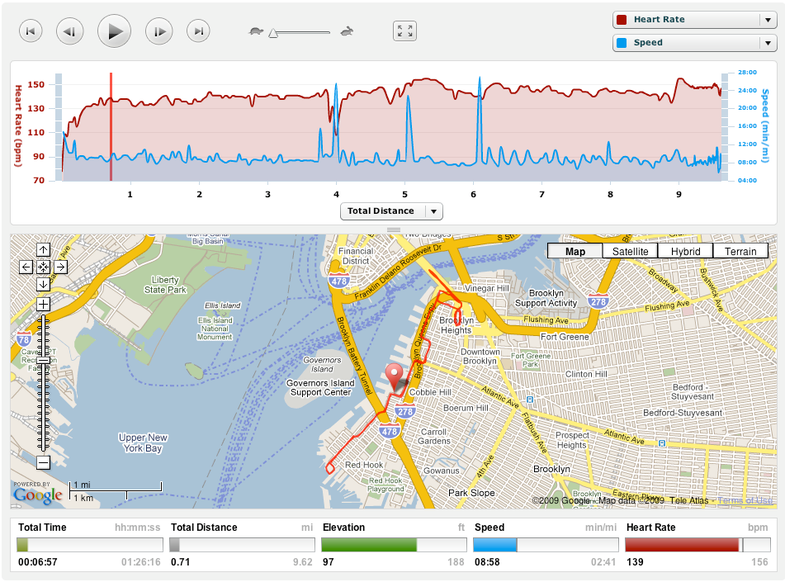 Despite my geeky leanings, I’ve typically run with tech no more complex than an Ironman watch. But in the spirit of the title of this column, I’ve recently been testing a number of sports watches, from Suunto, Polar, and Garmin, to see if I could gain anything from monitoring my effort (or lack thereof). So far, the one device I find myself frantically searching the house for before I head out is the new Garmin Forerunner 405CX. And not for what it puts on my wrist, sleek as it is, but for what it puts on my monitor later.

The Forerunner concept is brilliant — using more-accurate GPS rather than accelerometer-based foot pods (like the Nike+) to determine pace and distance. But the first-gen was like wearing an automotive GPS on your wrist and it struggled to find a signal in the skyscraper canyons of Manhattan. I didn’t even bother giving the product another look until the 405 arrived last year, finally looking like an actual watch. In fact, everything was better. It was like the Garmin engineers took product-design class at Apple. The new touch-sensitive outer bevel made it easy and intuitive to switch among three customizable data screens (even with a sweaty bouncing hand), displaying anything from average pace to elevation change to heart rate. It also got a lot better at finding satellites, thanks to a smaller, more powerful receiver now embedded in the band. I wore it whenever I really needed to hit a specific pace on a run and it opened my eyes to how fast I actually tended to go (which was usually slower than I imagined I was going, often because I lied to myself about distances; how fragile the runner’s ego).

Along the way, Garmin had also introduced Ant+, a Bluetooth-like wireless protocol which uses a USB receiver to automatically suck down new workouts to your PC from any nearby Garmin watch. It sounded cool, but note the “PC” — I’m a Justin Long, not a John Hodgman, so I couldn’t use it to really do anything with my data once the run ended.

This spring, I finally got the e-mail from Garmin I’d been waiting for, announcing Mac support for Ant+, along with the latest version of the watch, the 405CX, which adds heart-rate-based calorie consumption (or as I read it: how many onion rings I can eat tonight). This time, after a simple software install, my workouts instantly transferred to Garmin Connect, the company’s incredibly well-designed and easy-to-use online training center, and it’s a kick. You can not only see your stats — heart rate, pace — for each split, but you can marry them to a movie of an actual map of your run, so you can see where you typically slack off and where you speed up. Little sliders move for each data point. Being able to map your heart rate also makes it easier to track your fitness: If you can do the same hill with a lower heart rate, congratulations, you’re in better shape. Have another onion ring.

I’m not sure how often I’ll study the data to that degree, but I can say over the past month, the promise of seeing the run’s data plotted out in cool moving graphs has helped get me off the couch. And that’s about as much as I can ask from any gadget. 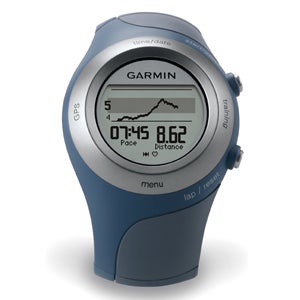