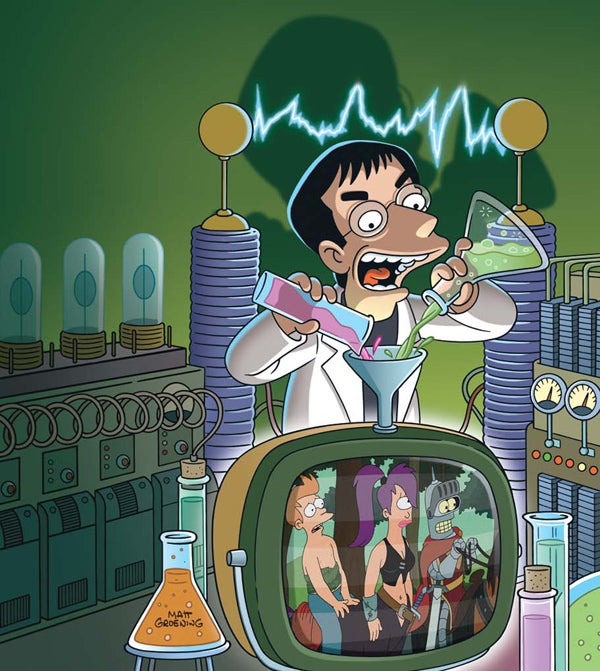 The Space Pope has answered our prayers! After years of cancellations, network changes and direct to DVD purgatory, Futurama, Matt Groening and David X. Cohen’s genius vision of the year 3000, will return to the air with original episodes.

For those unfamiliar with the show, Futurama follows the adventures of a pizza delivery boy who, after being cryogenically frozen, wakes up in the year 3000. There, he befriends an alcoholic, whore-mongering robot, a sexy mutant, and a nebbish alien; all the while spoofing science fiction and science fact. Created by Simpsons mastermind Matt Groening and Simpsons writer David X. Cohen (who Popsci.com interviewed here), the show is widely considering one of the best comedies in the history of the universe.

According to Entertainment Weekly, Fox and Comedy Central decided revive the show after continued high ratings for reruns, as well as very profitable DVD sales.

The new episodes will begin airing in 2010, so everyone has time to re-familiarize themselves with Hedonism-bot, the Hypnotoad, and Morbo’s good friend, Richard Nixon. HAAROOOO!

[via Collider and Entertainment Weekly]