A New Meaning for “Computer Virus”

Canadians use World of Warcraft to help prepare for flu pandemic. Nerds! 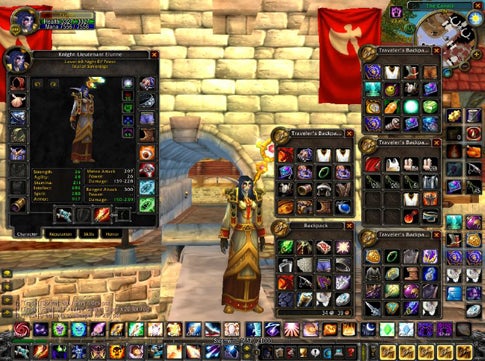 Is any of that gear foretold by Salzman?. courtesy of Candice Lee, via Flickr.com
SHARE

While health care professionals spent last week figuring out how to staunch the spread of swine flu, a team of Canadian scientists already knew how to handle the outbreak. In 2007, the researchers studied the spread and containment of a deadly virus in an area even more important than Mexico or Asia: the World of Warcraft.

According to Canada.com, the researchers studied the spread of a virus introduced into the game by design, to limit the power of very advanced characters (I guess the Sword of a Thousand Truths was unavailable at the time). Unfortunately, the virus spread out of control, infecting high- and low-level characters alike.

The game designers attempted to quarantine infected players, but many characters broke the quarantine, eventually leading to the “death” of millions.

The researchers believe they can apply what they learned from the study to the organization of actual quarantines in the event of a pandemic. However, it seems their discoveries about the immune systems of flying unicorns may be of less help with swine flu.