Kodu lets you roll your own Xbox fun 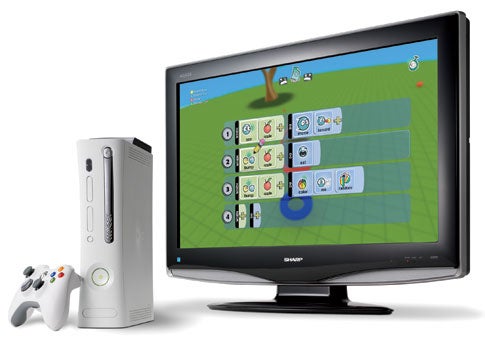 From Second Life to The Sims to Spore, games have long encouraged users to develop content, such as fashions or creatures, and share it online. But Microsoft has taken creativity to the next stage with Kodu, a program that allows players on an Xbox 360 or a PC to craft entire games using just the controller to select icons.

You develop your creation by choosing objects and characters and setting rules for how they behave. For example, select the game’s enemies — say, spaceships — from among the 20 characters that come with Kodu, and then choose the actions they perform, such as shooting at castles and moving away from obstacles such as mountains. Then establish the number of points you win if you shoot down a spaceship or you lose if it destroys your castles, and add a scoreboard to keep track. Kodu also lets you customize your game world by adding land, trees and bodies of water.

If you don’t want to start from scratch, select premade characters, environments or entire games and modify them as you wish. Once you’ve finished your game, you can share it with friends through the Xbox Live online community. 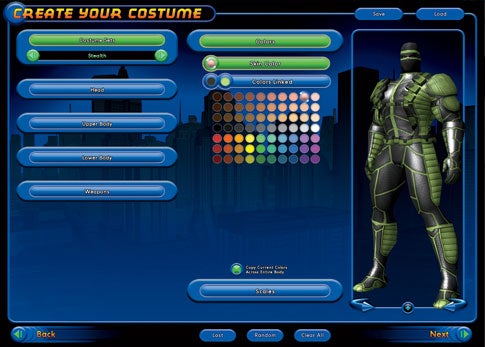 Devise your own superdudes using drop-down menus and dialogue boxes

In Related News: Choose Your Own Adventure

Millions of people participate in online role-playing games like World of Warcraft. But they are limited to a handful of missions designed by the games’ developers. City of Heroes, a comic-book-inspired adventure for Mac and PC, is the first to let loose the creativity of its players, allowing them to devise storylines, modify characters, and write scripts. Programming is a cinch: Would-be authors select from drop-down menus to specify, for example, the superpowers and costumes of heroes and villains, and they simply type dialogue in boxes.