Will a focus on more specific uses like shopping and conferences save what has become one of the Internet's most disappointing technologies? 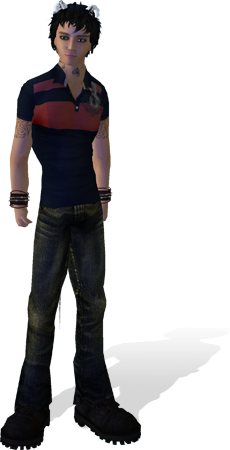 What ever happened to the online virtual world revolution? You know, the one where everyone would spend hours every day blinging out their Second Life avatars and crashing weddings in World of Warcraft?

Well, those days never quite materialized. The media fanfare around virtual worlds has transitioned from an initial wildfire of exuberance to essentially nothing, as expectations for growth and revenue failed to pay off.

World of Warcraft, made by Blizzard, does remain successful, boasting over 10 million worldwide users. But only 2.5 million WoW users are based in the United States, and World of Warcraft‘s relevance outside of the online gaming community is limited. (Of course, a South Park sendup always puts you on the pop cultural map.)

Second Life has around 600,000 “active” users, but it is unclear how many login more than once a month. Once a media darling and the prime destination for online corporate marketing (including, ahem, our own PopSci basecamp) a few years ago, Second Life was anointed to achieve total Internet domination as a destination to create a new virtual life more exciting than your “first life.” But the expectations never reached fruition (or a critical mass of sustained growth), as a buggy interface, lack of direction, and a slew of bizarre online activity led to another tech bubble bursting.

Despite this, many companies continue to reimagine how virtual world will fit into the future of the Internet. Developers have realized that completely open-ended online environments don’t really pay off, because users have to interact with strangers, often without any context. (“Hi, we’re both dweebs flying around Second Life!” isn’t really meaningful commonality.) People desire online interaction, but they would rather talk to strangers with some shared interests (i.e. World of Warcraft gamers teaming together for quests) or talk to people they already know (social networking a la Facebook). There is still demand for limited context, stranger-to-stranger interactions such as chat rooms, and, to an extent, Twitter (no, you don’t really know Ashton Kutcher), but only in limited doses of time commitment and attention span.

At two recent virtual worlds conferences (The Engage Expo in March and the 3-D Training Learning and Collaboration Conference in April), the future was pinned on creating virtual online marketplaces where users can interact with products, retail staff, and other shoppers, just as in a real shopping mall. The concept is that many people enjoy the social aspects of “live” shopping, but also seek the variety of goods available with online retail. Virtual shopping malls combine the best of both worlds, providing the breadth of options of internet shopping with the interactivity of a real mall. Imagine visiting a virtual shopping center that specializes in electronics, where you can browse gadgets from anywhere in the world and hang out with like-minded techies also visiting from all over the world.

How about tele-shopping? If you’re based in New York, you can go Father’s Day shopping with your sister in California at an online mall based in Japan. (Dad loves his Hanko watches!) A few companies are also working on 3-D urban guides (imagine a 3-D Yelp) such as this prototype by YouCity.

The folks at Second Life have in turn attempted to re-focus on their core value–the immersive experience of their world–and have been marketing themselves to groups who can use their world for specific purposes. So far, the biggest driver of this new strategy has been businesses using Second Life for workplace collaboration and training. Companies benefit because of its cost-effectiveness and the wide array of collaborative virtual learning tools at Second Life’s disposal. It’s much cheaper to set up a Second Life virtual training “experience” for a global team than to fly them all to one location for a “real world” conference. Many tech-savvy businesses such as IBM and Intel have already used these Second Life conferences. This past December, the U.S. Air Force came on board Second Life with MyBase, a virtual learning center where the public can learn about the Air Force, fly a virtual P-51 Mustang, sign up for online conferences, and interact with other visitors. The Air Force is planning to expand MyBase to establish classes and virtual operational environments to train their cadets.

Whether this focus on compartmentalizing virtual worlds for niche uses will actually lead to any kind of resurgence in a mainstream sense is hard to judge–the capability for Second Life to be used this way, after all, has been present since the very beginning. So while new IBM hires can enjoy their benefits orientation in Second Life, the rest of us will have to keep waiting to see exactly how (or if) virtual worlds will make their way into our daily online routine.