Video Games Can Improve Your Vision, And Your Future

At last, science confirms that gaming is good for you 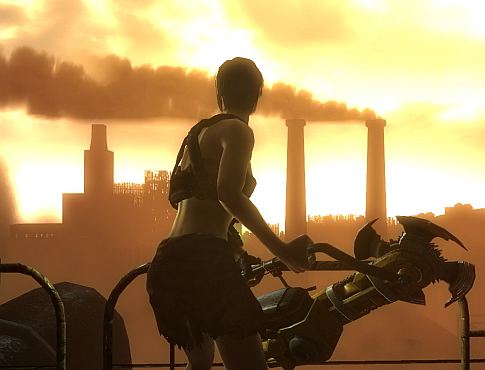 Contrast sensitivity allows people to discern between slightly different shades of gray, and until now, doctors believed this vital aspect of vision could only be improved with eyeglasses, contact lenses, or corrective surgery, not training. Too bad specialists never prescribed a healthy dose of GoldenEye 007, for the findings suggest not only that contrast sensitivity can be improved with training but improved significantly.

For the study, researchers divided 22 students into two groups: one played the action game Call of Duty 2 and the other played The Sims 2, a game which requires considerably less coordination. After 50 hours of play, the action gamers showed a 43 percent improvement in their ability to distinguish subtle color contrasts, where the Sims players showed none. Apparently, Lasik is no match for Halo 3.

Another study hints that, just as video games may improve eyesight, they might also improve your success in medical school. According to new research by a team at Michigan State University (MSU), video game use is positively correlated with heightened visual-spatial skills. Although researchers have found a strong relationship between video game use and low grade point averages, by enhancing visual-spatial skills, video games can essentially serve as pre-professional training for careers in science, math, technology, and engineering.

Linda Jackson, the lead investigator and MSU professor of psychology, believes the findings prove promising — since it’s naive to think children will stop playing video games, this study gives game developers a chance to focus on elements that further cultivate visual-spatial skills. It also highlights the importance of developing games that appeal to girls to sharpen their visual-spatial ability, an essential skill in many sci-tech careers.