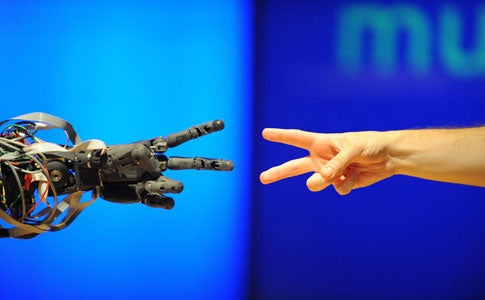 In this photo Bristol Elumotion Robotic Torso 1, or BERTI, takes time to play rock-paper-scissors at London’s Science Museum in February, while on a three-day vacation from the lab. A collaboration between Elumotion Ltd., a British robotics firm, and Bristol Robotics Laboratory, BERTI was built to help researchers study how robots could communicate using motion.

With freedom to move its arms, shoulders, elbows, wrists and fingers, the robot has a range of motion similar to our own upper body, making BERTI the first human-size robot to emulate human gestures. BERTI is far from human, but because of its human-like mobility, it may one day be useful in areas ranging from health care to communication. “Future versions of BERTI could be used to carry out jobs in space or high-radiation environments,” says Graham Whiteley, the co-director of Elumotion. Whiteley also envisions BERTI’s technology aiding Parkinson’s or multiple-sclerosis patients in maintaining mobility through exoskeleton-like orthotics. 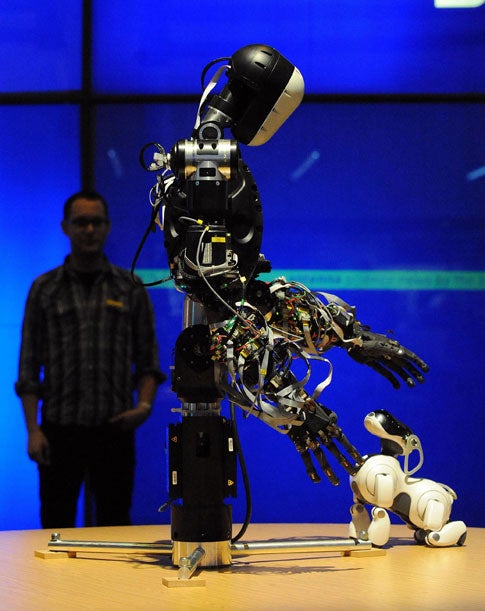 The robot BERTI hangs out with an AIBO robot dog. In its next iteration, BERTI will have an animated face instead of a blank screen
Robots
megapixels