The Vision to Win

The surgical secret of a bobsled champ's success 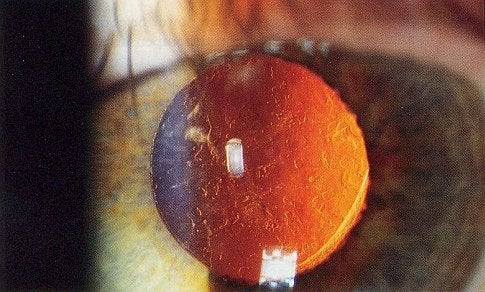 We don’t get many opportunities to write about bobsledding. And while the U.S. Men’s team winning the four-man bobsled championships yesterday for the first time in 50 years sounds newsworthy, it’s not quite the standard hook for Popular Science readers. But the captain of that winning team, Steven Holcomb, nearly quit the sport last year with a degenerative eyesight disease, until he found a novel eye surgery — and we’re not talking Lasik here. Bobsled here we come.

Holcomb suffered from a disease known as keratoconus that made even reading the large E on the chart a challenge. The degenerative disorder (its occurrence estimated at 1 in 2000) causes the cornea to take a more conical shape and bulge outward. As the cornea thins vision becomes distorted or blurred. Holcomb reached a point where contacts couldn’t be made any stronger and Lasik didn’t stand a chance.

“They couldn’t make contacts strong enough for me anymore,” Holcomb said to USA Today in October. “And since it’s a progressive disease, I had to get a new prescription, a stronger prescription, every three months. Finally they said, ‘You know, we can’t make them any stronger.’ So it was the end. For a while, I thought it was the end.”

“Sometimes, I really didn’t see all that much out there,” added Holcomb.

But Holcomb’s people learned of a new procedure called Implantable Collamer Lens where a contact is essentially embedded behind the iris. Some websites compare its results versus Lasik as HDTV versus standard, with a handful of advantages. For Holcomb, it was more drastic than that. After the ten-minute procedure, Holcomb said he could see perfectly without any contacts.

“If he was in the top five in the world before, I wouldn’t be surprised if he’s soon to be the top in the world,” said Dr. Brian Boxer Wachler of Beverly Hills, Calif. to USA Today.

With Holcomb defeating the defending champion Germans by almost an entire second (that’s a lot in bobsled), Boxer Wachler might not be that far off.