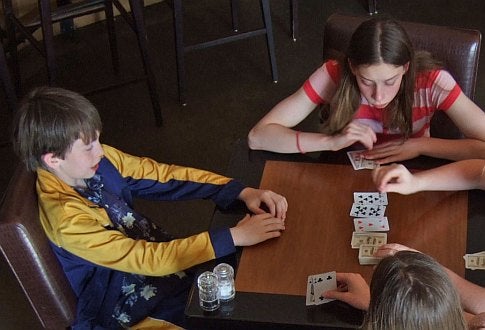 Parents of hyperactive kindergarteners, beware! According to researchers from the Université de Montréal in Canada, your inattentive five-year-old may be prone to develop a gambling addiction later in life. And when I say later in life, I mean your child might begin participating in recreational gambling as early as middle school.

The study followed 163 children from kindergarten to sixth grade. Teachers were asked to rate the inattentiveness, distractibility and hyperactivity of their students. Six years later, the same children were interviewed and asked about their gambling behavior, including how often they played cards or bingo, bought lottery tickets, played video games or video poker for money, or placed bets at sports venues or with friends. The researchers found the more impulsive children in kindergarten were 25 percent more likely to engage in gambling activities by the time they turned eleven.

“Our results suggest that behavioral features such as inattentiveness, distractibility, and hyperactivity at school entry represent a vulnerability factor for precocious risk-oriented behavior like gambling in sixth grade,” writes lead author Dr. Linda S. Pagani. “It is very plausible that these childhood characteristics snowball into cumulative risks for youngsters who do not eventually outgrow the distractibility and inattentiveness from early childhood and become involved in gambling as a typical pastime for many youth.”

To prevent the development of youth gambling, which may lead to a more serious addiction in adulthood, the researchers recommend training children in self-control before they enter the first grade.

My advice to parents: If you catch your elementary or middle school aged child buying lottery tickets or playing video poker, you may want to watch out for a developing gambling problem.