Staying Cool in the Crunch

The art and science of anti-choking technology 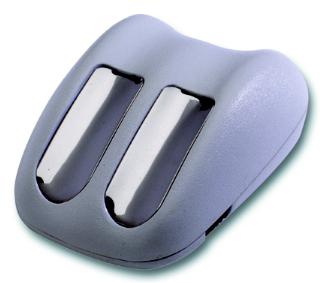 What did last night’s episode of The Office have in common with the Super Bowl, other than the latter preceding the former? Did anybody notice the little gadget that beeped when Michael Scott stepped close to Stanley?

After suffering a heart attack, Stanley decided to wear a “biofeedback machine” that provided an audible alert when his stress level was rising. When our favorite boss had his employees lying on a floor and envisioning “walking through a meadow,” Stanley’s stress would spike whenever his superior was near.

That same monitor used for comedic relief has long been used by elite athletes to calm their nerves. The GSR2 (galvanic skin response monitor) from Thought Technology has been around for more than 20 years. The sensor translates the “tension-related changes in skin pores into a rising or falling tone.” The sports application requires athletes to visualize their event (or watch video of their performance) while training their bodies to remain relaxed.

Elite soccer club AC Milan built a “mindroom” to train its athletes with a much more sophisticated version of the GSR2. Skin temperature, heart rate, respiration, sweat gland activity, and brainwaves are monitored to help athletes train themselves not to choke. In the mindroom, players watch video of themselves approaching a penalty kick while attempting to keep their biofeedback in a neutral state with the assistance of a team psychologist. There’s also a sophisticated wireless version allowing you to practice your putting while monitoring your own feedback.

Reaching an ideal calm with the technology might be possible in the sporting world. Coming to peace with an annoying boss would be the true test of its merits.