Self-deprecating adventures have a laugh at nostalgia’s expense 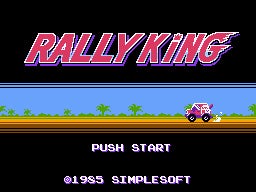 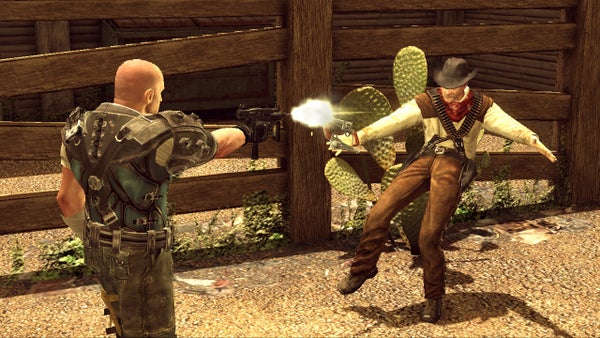 Be forewarned, though. Even for former Chuck E. Cheese regulars, the joke grows staler than the featured attractions’ simple, button-mashing gameplay in under 30 minutes. Formulaic challenges based around scoring X many points or surviving Y stages without dying also prove tedious. Still, from authentic childhood banter to hypnotic bleeps/bloops and faux representations of classic game manuals, no digital diversion’s more effectively captured the era’s geek zeitgest.

Eat Lead: The Return of Matt Hazard is a different take on the same retro joke: a 3D shooter for PS3/Xbox 360 starring a washed-up classic gaming hero. (Actually, he’s an all-new character, complete with fictional backstory and softography, that spoofs classic personalities like Duke Nukem.) Following the failure of multiple sequels and spin-offs, the titular star attempts to mount a 21st century comeback. Unfortunately, his programmers are out to get him. With the help of grizzled Mario clones and holographic helpers who parody iconic Halo sidekick Cortana, players must combat zombies, sci-fi troopers, and other purposefully clichéd adversaries using water pistols and AK-47s.

My experience with a limited preview version suggests that the designers could use some help with their jokes. (Sample one-liner: “Do svidanya, comrade,” after offing a fur-helmeted Russian commando.) Likewise, the action’s less memorable than occasional sight gags, e.g. an androgynous opponent with giant sword who speaks only in text bubbles.

But in a field all too frequently given to artistic pretension and unintentional laughs, it’s nice to know that tomorrow’s next groundbreaking feature might not be user-generated worlds or massively multiplayer connectivity: rather, just good, old-fashioned ironic self-awareness.

Get Rich Playing Games (getrichgaming.com) author and TV/radio host Scott Steinberg has covered technology for 300+ outlets from CNN to Rolling Stone. For more of his insights, visit www.gadgetexpert.net.