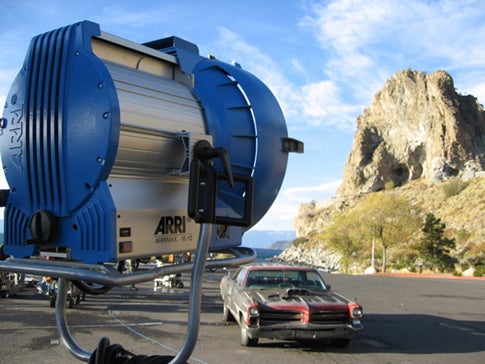 The light they designed simulates sunlight better than any other light in the business. Not only is the quality of the light a near-perfect match for sunlight, but the light is so intense that at 30 feet, it still casts a beam three times more powerful than any recorded sunlight. "It establishes an entirely new area of fixtures, because it's a combination of the two conventional systems," said Müller. "It's a new standard.". Michael Bauman
SHARE

As with every year, a tuxedoed crowd huddles in the dark to honor the luminaries of the film world with Academy Awards. However, this ceremony didn’t feature Hugh Jackman’s dancing or Queen Latifah’s singing. No, this time we’re talking about the Science and Technology Oscars. And even though the SciTech Oscars only got a brief mention during Sunday’s larger ceremony, Popsci.com dives deep into the achievement of the scientists who make the movies possible.

Click on the slide show to see more about Catmull and Kimball’s achievements, along with the rest award winners. And sorry, no pictures of this year’s host Jessica Biel. Let’s focus on the science, shall we? 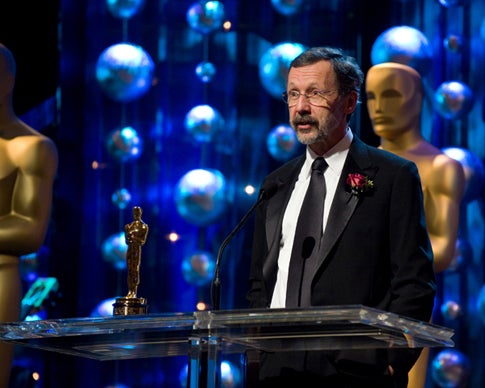 Ed Catmull won this year’s Gordon E. Sawyer award, which is the highest award given at the SciTech Oscars. It awards an entire career, which in Catmull’s case involves working on inception of 3-D animation and eventually becoming the first Chief Technical Officer at Pixar. While Steve Jobs gets credit for the vision, and John Lasseter gets the credit for the creativity, it was Catmull who directed the technology that made Woody and Nemo possible. 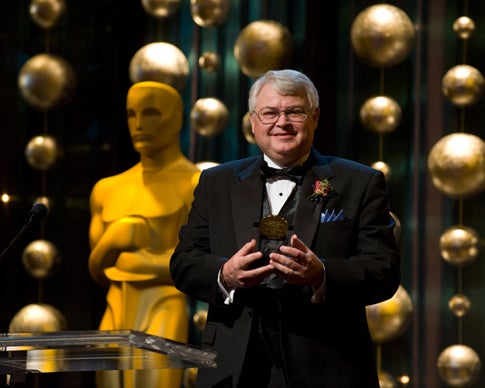 While Ed Catmull made his mark with 3D animation, Mark Kimball, winner of the John Bonner medal, worked in nearly every aspect of animation during his decades of work at Disney. Originally a technician at NASA’s Jet Propulsion Lab (Kimball designed parts of the Voyager and Viking probes), Kimball made his way over to Disney where he set up the famous CAPS system. “CAPS was the entire computer animation productions system,” said Kimball. “It sets up a methodology for doing digital animation, and that methodology was set up by working with the people who knew the traditional method for animation the best.” The CAPS system was used on every modern animated Disney movie, including Beauty and the Beast, the first major digital animated feature, and still the only animated movie ever nominated for Best Picture in the regular Academy Awards. 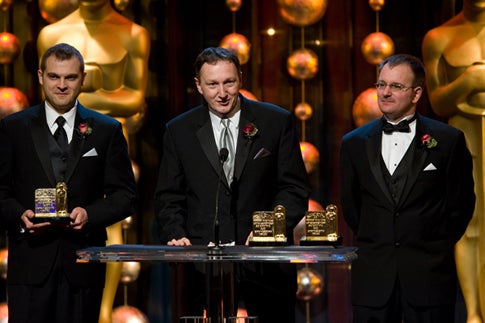 Timo Müller, Erwin Melzner, and Volker Schumacher didn’t win their award for animation, or even a career, but for their work on a single, game-changing device. The Arrimax light that they designed has become the industry standard for lighting, allowing for never-before-possible shots.

The light setup for Smoking Aces

The light they designed simulates sunlight better than any other light in the business. Not only is the quality of the light a near-perfect match for sunlight, but the light is so intense that at 30 feet, it still casts a beam three times more powerful than any recorded sunlight. “It establishes an entirely new area of fixtures, because it’s a combination of the two conventional systems,” said Müller. “It’s a new standard.” 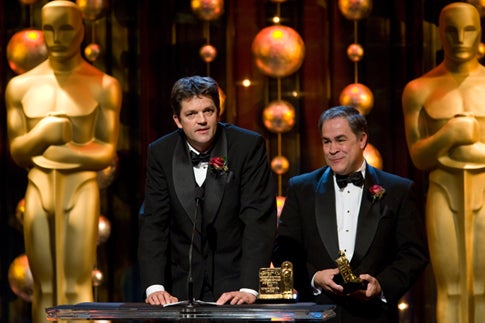 Alexandre Leuchter and Jacques Delacoux won their award for giving the world’s most expensive cameras a chance to be like the world’s cheapest: a flip-out screen. Most film cameras, especially those mounted on a steadycam rig, don’t have the simple flip-out LCD screen found on the most common camcorders. With the Transvideo screen developed by Leuchter and Delacoux, the camera operators can actually see what they’re doing. 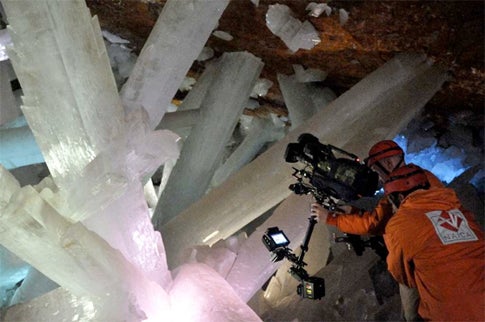 The screen gives the camera operators unprecedented control, allowing them to act independently of a director or cinematographer. And with that ability to work without the need to connect the camera to the director’s screen, the camera men can get into spaces that were previously off limits. “Generally, film cameras don’t have any screens on them, and for steadycam or handheld you need a monitor,” said Delacoux. “It took four years to build the process, and people from the film industry started working with it right away.” 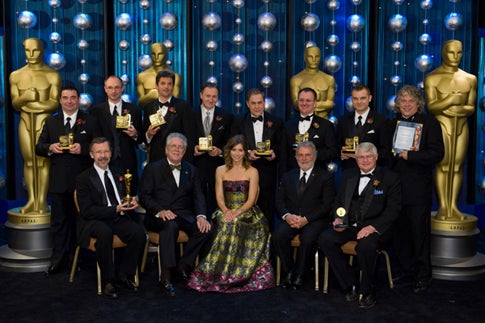