The Power of Darkness

Is eye black just for show? 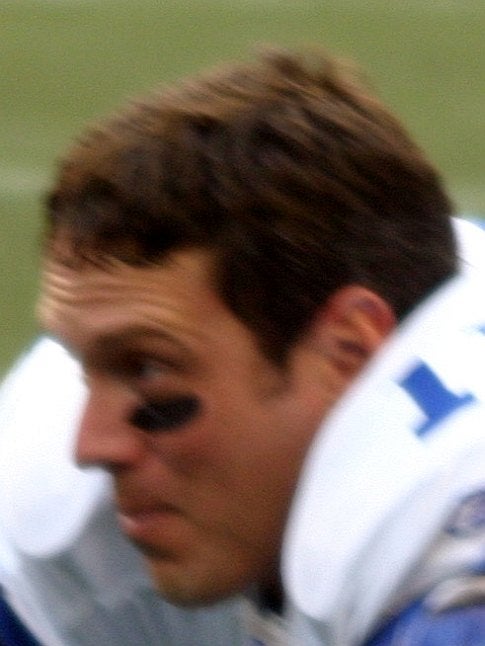 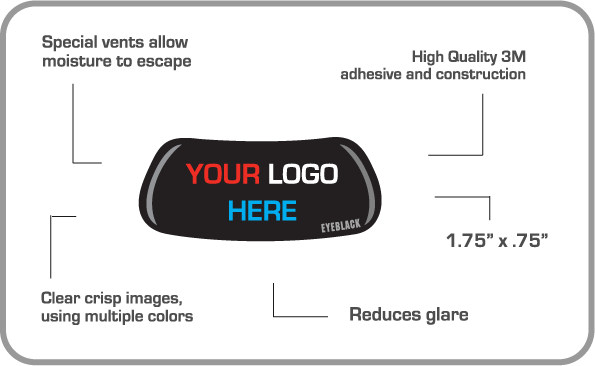 War paint. Fashion statement. Tradition. Advertisement. Pulpit. That’s why most athletes wear black grease, or stickers, under their eyes. The vague possibility of some anti-reflective capability helping to distinguish a speeding object while staring into light seems more a rationalization for routine than a true crack at a competitive advantage. What make us so confident? In 60-years of misplaced mascara there’s been one peer-reviewed study, and a couple less esteemed, that even attempted to quantify the effect of the ritual. Funny thing is, the data shows it works. Well, sort of.

Before delving into the scientific debate over eye black, let’s step through its illogical evolution. Athletes across the sports landscape have applied some form of dark goo under their eyes since 1942. What was once rumored as burnt cork ash became shoe polish and is now a mixture of beeswax, paraffin and carbon, nicely packaged in a roll-on stick (because football players do hate getting their hands dirty). Then, somewhere along the line, a ticked-off mother or an equipment manager probably got tired of the grease staining jerseys, despite detergents’ claims to “cut through the grease”. So the war paint became more of a war sticker, nicely shaped, easily applied, but certainly not the equivalent of the grease for striking fear. An industry leader, EyeBlack, uses medical-grade 3M vinyl tape with a 90-pound coated liner at an overall thickness of .03 inches. Then capitalism further morphed the original design, after the realization that tape on the face gets free airtime and offers a nice clean billboard for advertising. More on that later.

While the first 50 years of usage were accepted on faith, the evolution of eye black has prompted a few studies to quantify whether the hypothetical advantage may have since increased or decreased above its preexisting unknown level. In 2003 Dr. David DeBroff, an assistant professor of ophthalmology at Yale Medical School, finally decided that thousands of disciples dutifully following a ritual each Sunday afternoon was in itself not proof of anything.

The DeBroff study, which was published in the Archives of Ophthalmology, compares grease to stickers, to petroleum jelly (essentially grease with no pigment), and to the unadulterated epidermis.

“When we set out to do this we thought it was just psychological war paint,” said DeBroff.

But what DeBroff found was a significant increase in contrast sensitivity for subjects wearing the archaic grease. The more modern stickers showed no ability to provide anti-glare benefits. DeBroff’s study included 46 subjects placed in unobstructed sunlight. Participants were then asked to read letters off the Pelli-Robinson contrast sensitivity chart. Letters on the top of the chart are solid black while letters at the bottom, of equal size, look more like a faint spray paint. DeBroff’s data showed that participants with the grease could read an entire line lower than those wearing stickers or nothing at all.

“We were surprised to find it. We thought both options would show no effect,” said DeBroff. “I can’t hypothesize why, but the grease seems to better prevent the reflection of light.”

A second study, from an undergraduate research journal at the University of New Hampshire, only compared grease to a control, using a similar methodology to DeBroff. The results again showed a significant advantage from the grease, resulting in one level of improvement on the Pelli-Robinson scale. Interestingly, the study also suggested that blue-eyed individuals did not benefit from the grease (which is arguably somewhat intuitive).

Mueller Sports Medicine, which manufactures the tape used in the DeBroff study, disputes the results. They cite their own research, conducted by Mike Maloney, president of the Bjorksten Research Lab, and published in the magazine Training and Conditioning (which is not peer-reviewed). The Maloney methodology differed greatly, utilizing mannequins with a photo diode positioned in their eye sockets to quantify the light detected in the peripheral vision. A lamp was shined on the mannequin, comparing the effect of grease, stickers, and nothing placed below the eye. The Mueller result showed that eye tape dispersed 2.6 percent of light, versus just 1.5 percent for the grease. A tape covering the entire nose (this product is offered by Mueller) removed 12 percent of the glare.

Ironically, industry leader EyeBlack (who came to market in 2006) hasn’t done any testing and doesn’t plan on it. EyeBlack has taken the market by storm with a patent portfolio securing the use of logos or text on eye black stickers.

“We picked a particular kind of tape and kind of ink with a particular matte finish that we believe vastly improves upon what was originally tested in 2003,” said EyeBlack CEO Peter Beveridge. “The way we look at it, the success and validity of the product is if the true athletes on the field continue to wear it. They have a choice of the grease or another product. They continue to choose ours. So, there’s anecdotal evidence that it works.”

Despite that confidence, EyeBlack plans on launching a new product later this year that Beveridge claims will mimic the grease more effectively (perhaps an implied concession?). Beveridge notes that his discussions with experts suggest the undulating grooves of the grease as compared to the smooth sticker may be the differentiating factor. EyeBlack is planning “something similar” but doesn’t necessarily plan any research to quantify its improvement.

The avoidance of data from EyeBlack is not surprising, given a business model clearly predicated on the use of the tape surface as a miniature billboard. While that model is making money, the concept of placing a colorful mascot over a significant portion of the surface area intended to absorb light shows a willful acceptance of their product as more fashion than function. It’s an acceptance behind which the industry has fallen in line. According to Beveridge, grease was used in close to 60 percent of sports just five years ago, ironically around the time of DeBroff’s study. Since that point, EyeBlack has thrived and watched grease’s share decrease to just 10 percent or 20 percent (interestingly, said Beveridge, lacrosse continues to primarily use grease).

What remains is many more questions than answers. Maloney’s study suggests greater coverage is beneficial, so then why not paint the entire face? And if darker colors are beneficial, then are those of darker complexion genetically disposed towards better contrast sensitivity? DeBroff concedes there are new stickers and new greases to be tested. He’s intrigued to know whether results would differ in stadium light versus sunlight. Even the existing data contradicts and makes no attempt to extrapolate results into fumbles or dropped touchdowns.

Despite the questions, this Sunday players will kneel in their lockers and apply their chosen form of eye black. It’s what they’ve always done and they see no reason to doubt things now. Sometimes the absence of proof is much more comfortable than any proof of absence.