The Future of Gaming

The year may have barely began, but it's already offering a sneak peek at what interactive entertainment will mean tomorrow 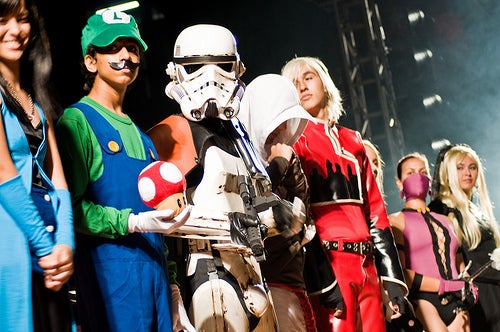 Welcome to 2009. We have seen the future of gaming, and it looks a lot like its for your mother, grandfather and ADD-afflicted pals. Cheerfully, there’s still hope for hardcore PC and console enthusiasts. It just doesn’t come in a shiny, shrink-wrapped retail box.

Courtesy of increasing interest in user-generated content, tomorrow’s next superstar designer is also staring you right back in the mirror. What LittleBigPlanet and Spore started (by making it simple and intuitive to build and share original game types and evolvable creatures) titles like Skate 2 and LEGO Universe continue. The former allows aspiring Tony Hawks to assemble and swap custom obstacle courses. The latter, encourages submissions of brick-based designs via its Web site for possible digital inclusion by developer NetDevil in the online realm.

For software makers and enthusiasts, the rules of the game are quickly changing. That means for us, the desktop computer- and HDTV-huddled masses, there’s never been a better time to come out and play.