Coming to a store near you: high-tech, high-speed scanning and a new degree of comfort underfoot 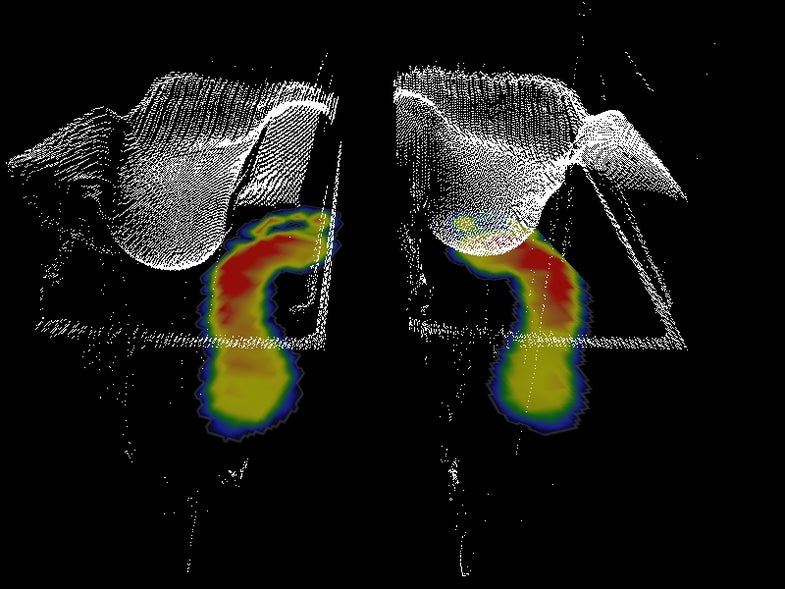 If the shoe fits, wear it. But making sure your shoe fits just got a bit more technical. Custom insoles have long been ordered and worn by elite athletes hoping to cure an injury, or avoid one. eSoles now plans to bring that customization the masses with an impressive piece of in-store ingenuity. In just seconds, the eSole self-service kiosk will print out a detailed analysis of your foot, allowing the retailer to offer two choices of custom orthotic. A Lego-style modular insole is put together in the store for $69.99, or a more traditional custom one is manufactured by eSoles to your exact foot pattern and sent to you for the bargain price of $249.

Previous methods for measuring for an orthotic included standing on some deformable surface or laser scanning through a glass plate. Both methods are unable to ensure the foot is in a neutral position, and the pressure applied to the heel and balls of your feet guarantees an incorrect mold. With the eSole system, users stand on one foot while gently placing their other foot on a 7-by-16-inch inflatable bladder. A scanner analyzes your foot posture while the system instructs you to flex or rotate in certain positions to find an optimal neutral before taking the ten-second final scan. The user also stands on a pressure mat to calculate the weight and pressure points of both feet.

eSoles was extremely hushed about the science behind their system. They confirmed that much R&D went into the white-light scanning technology and the selection of bladder material to ensure an accurate reading, relying on the analysis of “tens of thousands” of scans of human feet. The modular components available in-store consist of an insole base, an arch unit, and a metatarsal pad. Both the custom and semi-custom insoles are provided in densities and geometries specific to the sport of choice (skiing much different than running).

The systems will be launching in January and licensed to the retail stores (a license runs $15,000 for the first year, $9,000 after that). Four systems have been in use for the past year as prototypes, and the plan is to launch ten per month over the next year. Trek retail bike dealers and Foot Joy golf dealers are a few of the retailers currently signed up — several more are being kept confidential.