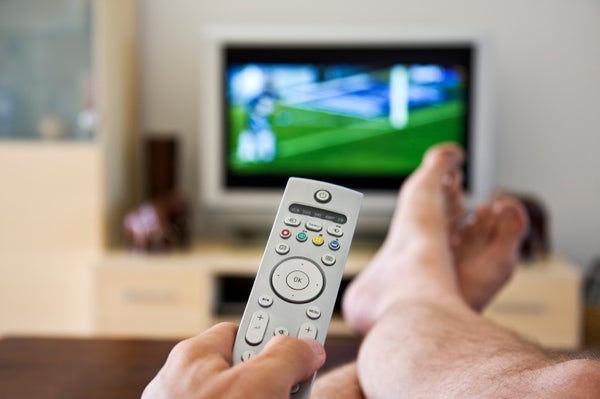 Forget pay per view. In the UK, soccer fans are getting paid to view. Research at Glasgow University is ongoing to learn what people talk about while watching sports. The goal is to develop specific mobile phone applications for the sports obsessed to further immerse them during viewing.

“We want to find out what fans talk about and their reactions to events at a game,” said researcher Stuart Reeves to the BBC. “The aim is to design applications that can help them record events during the match, communicate in the gaps between play—before a game, during breaks in the game, at half time, after it has finished—and create a memory of the day.”

Think of it as a glorified instant messaging customized for sports aficionados. The researchers will select fifteen lucky fans who will be paid five pounds a piece for just watching games and an extra 10 for blabbing about why the spend a good portion of their days watching other grown men kick a ball towards a net. Hardly an income but not a bad bonus for doing what you’d do for free. And who is providing the £400,000 to conduct such critical research? Well, Microsoft and the University of California are collaborators but the cash is coming from the government organization the Engineering and Physical Sciences Research Council. And, we think baseball is a national pastime.