Enjoy thousands of online games without spending a cent 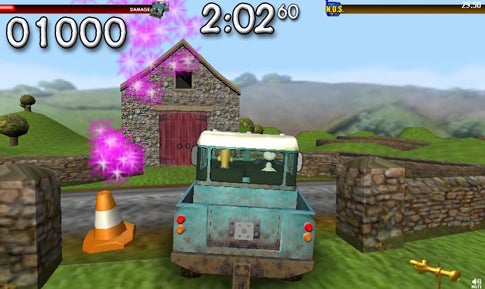 Tick, tick, tick… No matter how often you glance up from that quarterly sales forecast, it still seems like an eternity until 5 o’clock. But with today’s increasingly sophisticated free online games, it’s easy to kill time and torpedo productivity faster than you can say “TPS report.” Recent highlights include the addition of 3D graphics, head-to-head cooperative or competitive multiplayer options and even digitized speech–boosting titles’ addictiveness and geek cred alike. Just fire up your favorite Web browser and surf to the following five sites for instant mouse-waggling thrills.

The name says it all. Featured selections include head-to-head editions of popular puzzlers like Marble Blast Online and arcade outings such as Think Tanks. But what impressed us most is the ability to quickly find friends, connect over the Internet and blow jetpack-wearing pals to smithereens in real-time 3D, courtesy of sci-fi blaster Fallen Empire: Legions. Despite a small selection, InstantAction’s technically advanced multiplayer-ready offerings give the publisher an edge up on rivals.

Home to high-quality animated titles in every genre from role-playing (Hands of War) to sports (Motocross FMX) to real-time strategy (Warfare 1917). We especially like apocalyptic zombie shooter The Last Stand 2, which lets you wield pistol or chainsaw to mow down brain-hungry hordes. Community fostering features – including ranks and points awarded for playing games or participating in forums – also let co-workers’ compete to see who’s outfoxing HR the most. 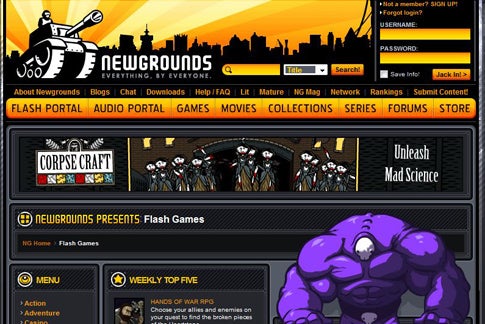 One of the oldest and most established Internet playpens, Newgrounds hosts a huge selection of user-created content, with more options added constantly. Highlights include point and click adventure Journeys of Reemus, brick breaking fantasy hybrid Noidzor 2 and spastic shooter Alien Hominid (which later migrated to the GameCube, PS2 and Xbox 360). Sword and sorcery hack and slash romp Paladin: The Game even comes complete with a lengthy voice-recorded soundtrack, though it’s almost as fun to mute it and insert your own Shakespearean quips. Huzzah!

Tops for family entertainment, this popular portal draws enthusiasts of all ages to access board games, card games, mindbenders, shooters, jigsaws and more. Sitting through the occasional video or banner advertisement is worth it to experience the PSOne-quality 3D racer Shaun the Sheep: Lamb Rover 4×4, pattern-making puzzler Bubble Town or kitchen simulator Let’s Get Cookin’. Hardcore gamers won’t be floored, but parents, teens and tweens will find it a welcome distraction.