Shh, don't tell your boss. You could soon follow soccer games through the vibrations on your phone 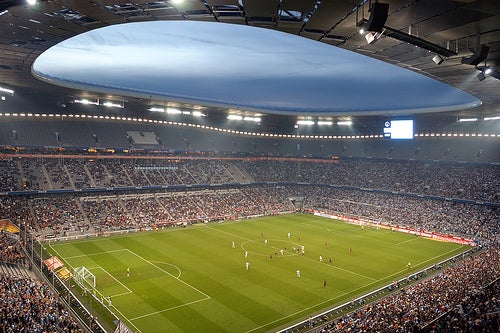 Tired of missing your favorite sports because you’re stuck in a meeting? Those woes may soon be a thing of the past. A team of researchers at Umeå University and Ericsson Research in Sweden have developed a technology synchronizing a cell phone’s vibrations to a ball’s movement in a field. The vibrotactile tool is designed so that a phone vibrates at different frequencies and lengths depending on where the ball is on the field, which team is kicking the ball and when a goal is being scored. A ball in midfield, for example, produces a light, short vibration, while a ball that makes it past a goalkeeper sets off a stronger and longer vibration meant to signify “Goooooooooooooal!”

Researchers have put the technology to the test already and found that their subjects could follow a game through vibrotactile sensations once they were trained on what the different vibrations meant.

Part of the team’s challenge is to develop a Braille-like system of vibrations so that people can intuitively understand what each vibration means, said the Swedish researchers. They are also working on a more sophisticated technology that allows cell phones to switch to a streaming video mode to replay a goal once it has been scored. Once the vibrotactile technology has been perfected in the future, the team plans to combine it with visual and audio information to create the ultimate soccer experience. When commercialized, the tool will be available through the Swedish-based company Videoakt AB. For now, soccer hooligans will have to content themselves with reading the research, appearing in the upcoming issue of IEEE Transactions on Multimedia.