Desktop Linux – Will It Ever Stick?

The Grouse explores netbooks and muses over Joe Windows' take 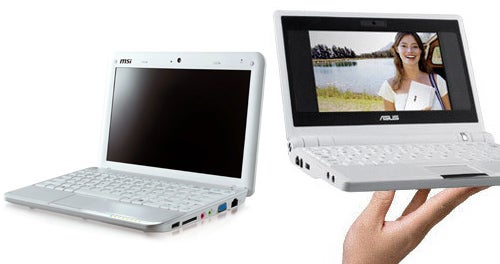 About seven years ago, I tried to free myself from the oppression and misery of running Windows ME by installing Linux on my PC. Ever installed the Linux operating system? It’s not for the faint of heart. So, when it was recently reported that Linux-based netbooks are being returned at a rate four-times higher than their Windows-based brethren, I can’t say I was surprised.

To lop a few hundred dollars off of the final ticket price, it makes sense that these lightweight, stripped-down laptops like the MSI Wind and ASUS Eee PC would offer an option for Linux instead of Microsoft’s pricey operating system. But, does Joe Windows know what he’s getting into with Linux?

This week, I installed Ubuntu on my Macbook Pro to get a taste of what today’s desktop Linux experience is like, and I can see why those return rates might be so high.

The first reason would be the perceived lack of software. The truth is, there’s absolutely no shortage of software for Linux—just a shortage of what some might call “mainstream” software. When the average netbook buyer brings his low-cost, Linux-based laptop home, the first thing he’s going to try and do is boot up Microsoft Word, Internet Explorer and iTunes. Of course, that ain’t happening. But, for every Windows and Mac program out there, a similarly capable Linux alternative exists—you simply need some confidence and time to get up and running with them.

If that doesn’t scare the average computer user back into the arms of XP, then the overall presentation of the OS might. Linux looks and feels like you’d expect an operating system to: It’s got windows, icons, logical keyboard shortcuts and dropdown menus full of programs. But, while OSX and Windows do their best to disguise their technical underpinnings behind a lot of user-friendly gloss, Linux has all of its underlying machinery proudly on display. Kernel? Mount? Root? Bin? Lib? Terminal? Those all sound pretty scary, and aren’t necessarily the kinds of things the non-techie wants to see as he clicks around his computer.

Even if Linux hasn’t lost the average user yet, there are still huge roadblocks standing in the way of full-fledged acceptance. My biggest beef with Linux has always been how difficult it is to install programs. Installing software on Mac and Windows is such a seamless and automated process, you’re barely aware of it. But on Linux, you sometimes feel like you need a Computer Science degree just to run a new program. There are two main ways to install software on Linux: packages and source code. Packages are basically installation programs like you’d see on Mac and Windows—the exception being that you need a package for your exact type, brand and version of Linux you’re running. It’s not quite as simple as just running a Windows .exe file. For example, if I want to install a package on my MacBook right now, I need to look for a .deb installer since Ubuntu is a Debian-based distribution of Linux. And, because Ubuntu is such a heavily customized version of Debian, I have to make sure that my .deb file has been built specifically for Ubuntu. Ubuntu itself changes a lot from version to version, so this particular .deb file needs to be compatible with the version I’m running, which is 8.10.

That’s the “easy” way. The other method of installing programs involves downloading the source code and then actually compiling it yourself. If Joe Windows wasn’t headed for the return kiosk already, wait until he’s faced with the prospect of punching command-line instructions into the Terminal.

Tech support is also troubling for new Linux users. Message boards are really your only recourse when you need help—but it’s a funny thing about the Linux community: I’ve found that message board users are generally welcoming and patient with new users. The problem is, they assume a base level of knowledge that a new user simply wouldn’t possess. For example, earlier this week it took me about an hour of message board hunting and trial-and-error to figure out how to run a program off of a CD-ROM. Any helpful post I could find assumed that I already knew how to move around the Linux filesystem and change user privileges from the command-line, which I didn’t.

At this point, the average netbook consumer would be asking himself if all of this trouble is worth the $200 he saved by not going with Windows, and I think the higher-than-average return rates are your answer.

The problem isn’t Linux itself, but what the consumer isn’t being told about Linux. I think these netbook manufacturers are leading people to believe that Linux is a lot like Windows, but just a little different. What they’re not being told is that the operating system is DIY by its very nature. It takes a lot of technical moxie to maintain a Linux installation. Linux diehards aren’t rabidly enthusiastic about their operating system just because of security and flexibility. Linux is hard work. You have to go out of your way to run it, and there’s a lot of pride in that.

Overall, I found Linux so much easier to install, use and live with than I did seven years ago when I first tried it. Unfortunately, it’s still not right for your average computer user. And, as computing moves increasingly away from the operating system and into the Web browser, I have to wonder if desktop Linux will ever have its day or it if will forever remain a tool of the tech savvy.

PopSci just launched Best of What’s New: our picks of the 100 top innovations of the year. Check it out here.