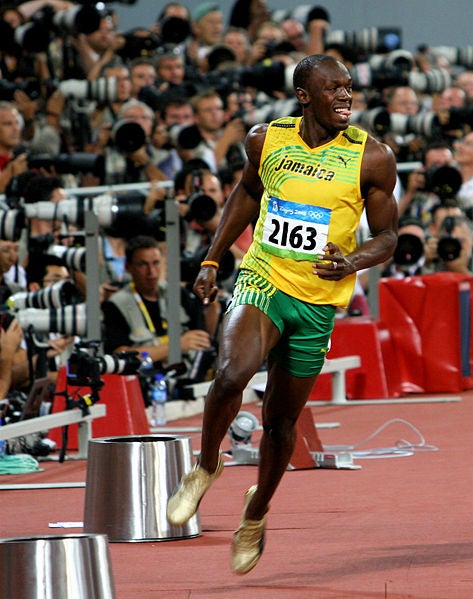 Usain Bolt is freaking fast. Usain Bolt is so freaking fast, so much more so than all those other freaking fast, that he had room to taunt his competitors in a 100 meter dash. We’ll repeat that for emphasis: in a 100 meter dash. Despite a victory dance mid-race, Bolt still broke his own world record lowering it from 9.72 sec to 9.69 sec. But what if he had sprinted through the tape? According to an astrophysicist, Bolt would’ve done something never done before in sport.

Based on video analysis of the race, Dr. Hans Eriksen of the Institute of Theoretical Astrophysics, estimates that if Bolt hadn’t stopped to admire himself, he would’ve run the race in 9.55 seconds. Another 0.14 seconds might not sound that impressive but a quick search on the 100m dash shows it would’ve been an unprecedented performance. Since the era of electronic scoring the biggest single drop in the world record was 0.07 seconds when Jim Hines dropped the record from 10.02 sec to 9.95 sec in 1968. If the estimates are correct Bolt would’ve broken the record by 0.17 sec, more than twice that of Hines. As we said, freaking fast.