Is he a supervillain? 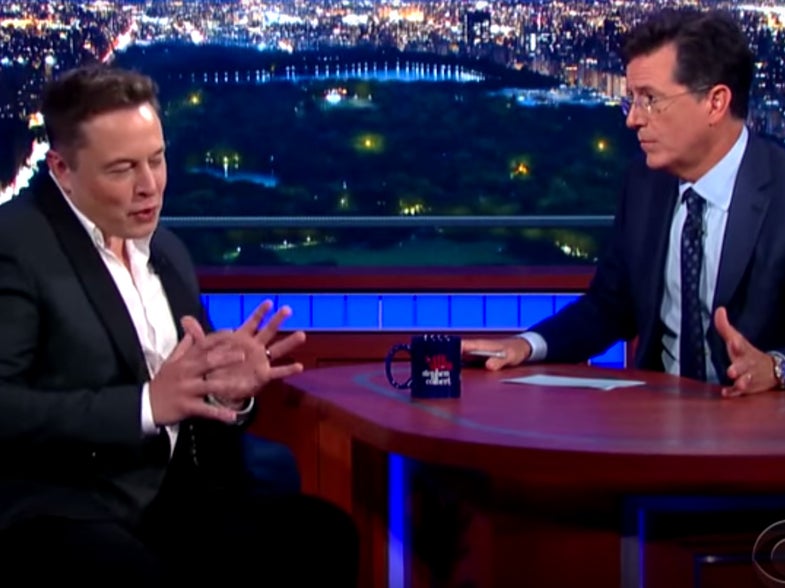 Elon Musk has often been compared to Tony Stark. The billionaire entrepreneur is the brains behind SpaceX’s reusable rockets, Tesla’s electric cars, and the solar power provider SolarCity. But last night when comedian Stephen Colbert pressed Musk to decide whether he’s a superhero or a supervillain, Musk was evasive.

Now we know why. Later on in the interview, Musk admitted that he advocates detonating thermonuclear explosives on neighboring planet Mars.

The businessman has often stated that he thinks humans should colonize Mars, and now it seems he’ll stop at nothing to get his way.

“It is a fixer-upper of a planet,” Musk told Colbert. “But eventually you could transform Mars into an Earth-like planet.”

There’s a fast way and a slow way to do that. The slow way involves setting up lots of pumps and generators to warm up the red planet so that its frozen carbon dioxide melts and wraps the planet in a thicker atmosphere. The thicker blanket of CO2 helps the planet warm up further, thus melting more carbon dioxide, and the positive feedback loop continues. (This is essentially what we’re doing on Earth, and it’s called global warming.)

There’s a simpler and cheaper way to warm up Mars. “The fast way is, drop thermonuclear weapons over the poles,” said Musk.