Combination Of Electricity And Chemistry Can Help Break Cocaine Addiction

Science is doing strange things in the brains of druggy mice 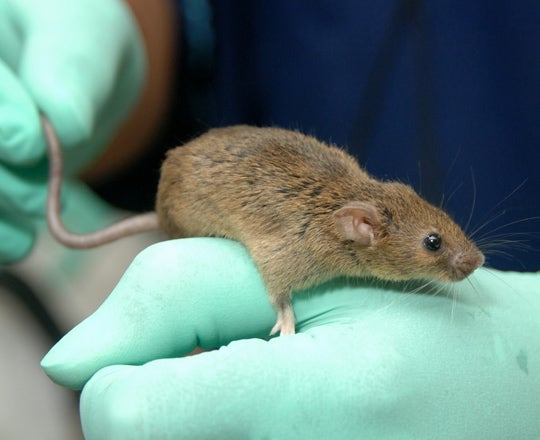 In 2013, a team of researchers showed they could reverse some of the symptoms of cocaine addiction by engineering rats’ brain cells to respond to light and then aiming lasers at the rats’ prefrontal cortexes. It was more of a research tool than something you would want to test in humans.

Since then, other researchers have tried other ways of activating brain cells without lasers. They’ve tried transcranial magnetic stimulation, which sends magnetic pulses through the skull, and deep brain stimulation, which requires patients to have electrodes implanted in their brains. Theoretically, such treatments by changing the behavior of brain cells that have already been altered by drug dependency. Changed your brain with drugs? We’ll change it back! is the idea.

Nothing definitive has come out of such studies yet, but here’s another update. In a new study, a team of neuroscientists from Switzerland developed a deep brain stimulation regimen that eased symptoms in cocaine-dependent mice. The regimen aimed at the same specific regions of the prefrontal cortex that the laser-light team, which was based in the U.S., had identified as important to easing addiction.

Deep brain stimulation alone didn’t work, however. The team also had to inject the mice with a chemical that interferes with the brain’s interactions with dopamine, the brain chemical that’s responsible for feelings of reward and pleasure. About 15 years ago, researchers had studied such medicines for drug addictions, but they didn’t seem to work. One study even found people used cocaine more often while taking the medicine. But perhaps the combination therapy is the solution.

The Swiss neuroscientists published their work today in the journal Science.