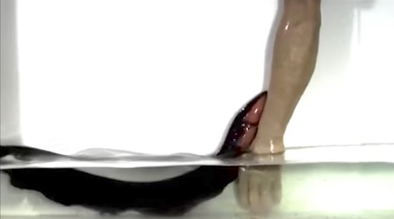 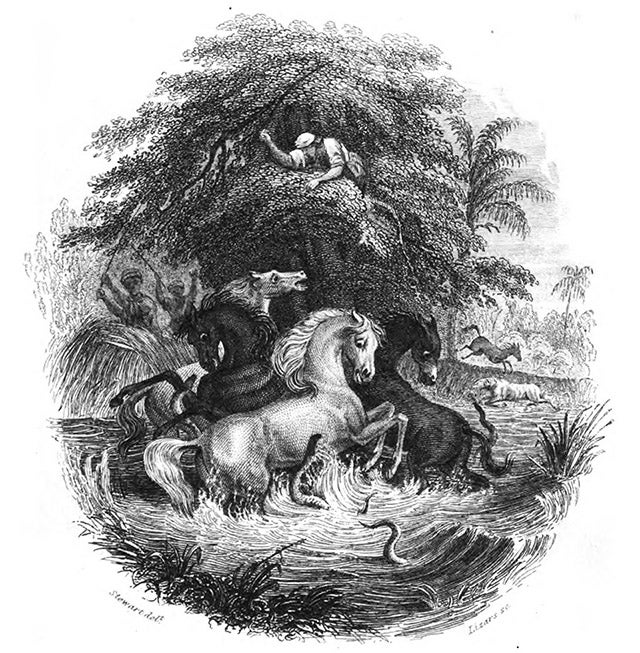 A drawing of Alexander von Humboldt’s electric eel encounter in 1800. After two centuries, the behavior has been confirmed.

On March 19, 1800, explorer and naturalist Alexander von Humboldt, trekking through the Amazon, recorded a unique behavior of the electric eel. He saw local people herd horses into shallow water that was swarming with eels. The eels leaped from the water, whacking the horses with their chins and giving them an electric shock.

That behavior was assumed to be an exaggeration, until now. A study released in the Proceedings of the National Academy of Sciences recounts one researcher’s accidental find of the behavior.

Biologist Kenneth Catania at Vanderbilt University was researching and caring for captive eels when he witnessed the act, which he named the “shocking leap.” Catania was moving the eels from one tank to another, catching the eels with a net in low water levels.

The eels began to jump and tap the net with their chins, as in the von Humboldt story. Catania believes that the eels display this behavior when they feel threatened by predators.

Catania found that eels’ electric shocks can be harmful even when an eel is airborne. He also found that the voltage and amperage of the shock actually increased the higher the eel jumped in the air.