Who uses Photoshop on a Mars selfie?

Hallie Abarca had to double as a photo editor in the critical moments after InSight touched down. 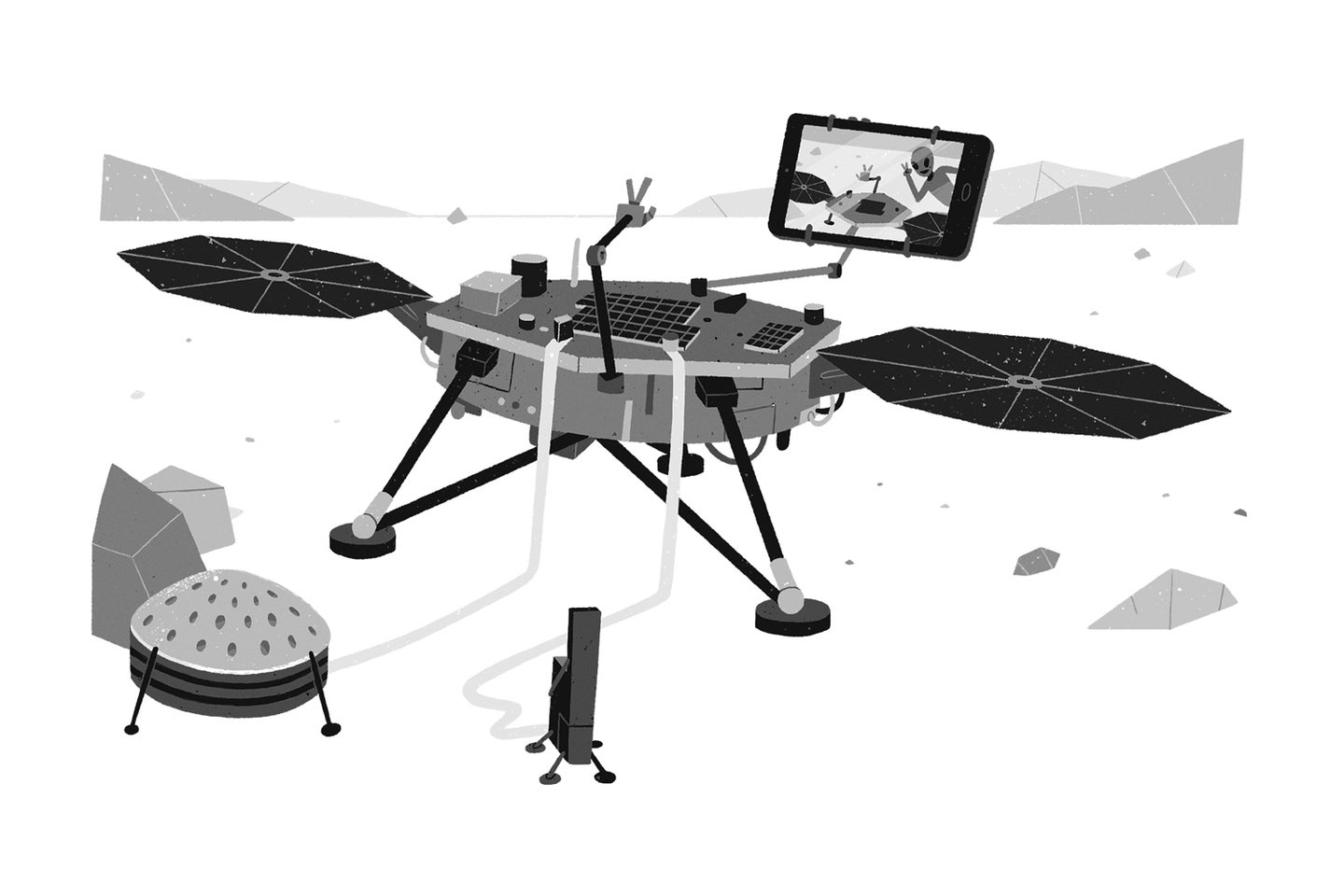 Hallie Abarca is the Head of Image Processing for NASA’s Insight Mars Lander. Here’s her tale from the field as told to Stan Horaczek.

Snapshots from space don’t arrive looking anything like the ones we’re used to. They come to Earth as raw data packets, and someone must reassemble that info into all kinds of finished images: infrared shots, stereo maps, and mosaics. I processed the first picture for the InSight ­lander’s Mars touchdown in 2018. We had practiced before launch but hadn’t fully tested the process until we were on live TV.

Once the rover reached Mars, everyone in the control room gathered around me. That included the engineer who designed the camera. I couldn’t let him down.

The initial download converted into a blurry mess: The image was dark, and both the transparent lens protector and the lens itself were caked in dirt. I turned up the brightness and contrast until we could make out something: a flat plane. We celebrated—we had landed on a flat and workable Martian surface.

The photos we get now, sans dust cap, are much clearer. The rover routinely takes ­selfies for its own maintenance. That makes our work different from ­typical retouchers using Photoshop to create perfection. If we tried to make the shots flawless, we might obscure a problem with the craft—or a crucial discovery.