Ecosystems Suffer As Large Herbivores Stand On The Brink Of Extinction 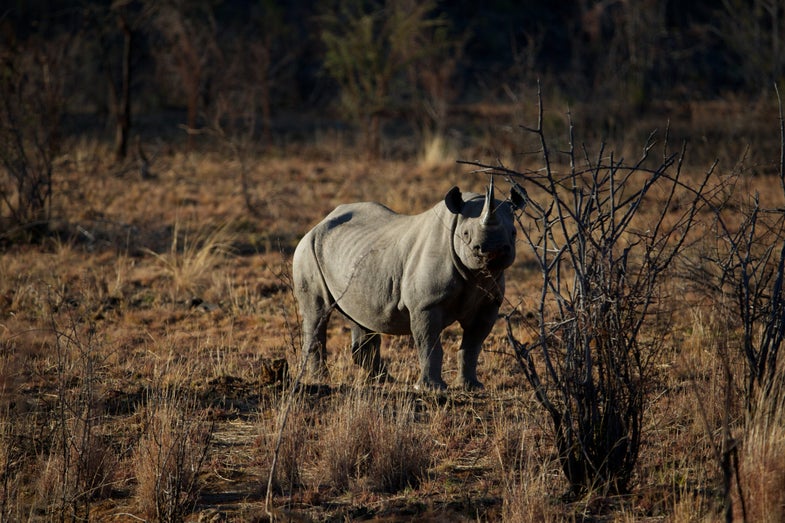 Humans aren’t the only ones suffering in a changing environment. While Californians grapple with drought, wild animals in the west are moving into cities, thirsty and looking for water wherever they can get it. But it’s the larger animals that may hurt the most from a changing ecosystem in the long run.

Loss of habitat and overhunting by humans has led to a sharp and unexpected decline in the numbers of large herbivores in the wild. In a study published in Science Advances this week, researchers looked at the 74 largest herbivore species throughout the world to see how they were faring. The prognosis, unfortunately, was dire.

Of the species examined, 60 percent are threatened with extinction. While climate change plays a role, in this case, humans are directly responsible for the downfall of these gentle giants. Some, like the black rhino pictured above, are hunted for their body parts, which can fetch vast sums on the black market. Others are being forced out of their habitat to make way for expanding agricultural enterprises, with many occupying only 19 percent of their historical range, according to the paper.

“This is the first time anyone has analyzed all of these species as a whole,” William Ripple, the biologist who lead the study told BBC News. “The process of declining animals is causing an empty landscape in the forest, savannah, grasslands and desert.”

So what does that have to do with us? Large herbivores actually have a substantial impact on the landscape. They eat plants that would otherwise build up into a wildfire’s dream food. They also help disperse the seeds of those plants over large distances, helping vegetation spread. And, of course, they are also a valuable food source for big predators like lions and tigers.

The researchers hope that policy changes that encourage conservation of large herbivores could help make the future a little brighter for these plant eaters. But political changes take time, and like so many things on Earth, time is in short supply.