Bacon May Increase Cancer Risk, But It Isn’t The Worst Thing For Your Body 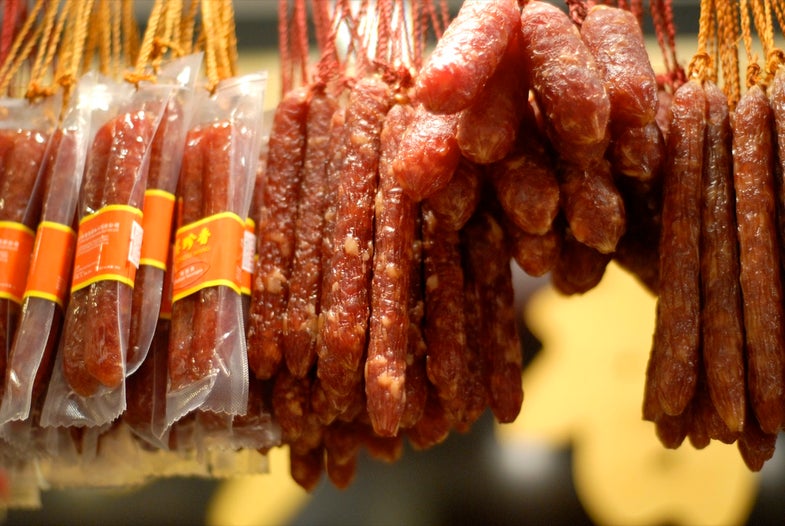 Eating a diet heavy in processed meats like hot dogs and salami can increase people’s risk of developing colorectal cancer, according to a statement from the International Agency for Research on Cancer, part of the World Health Organization.

After considering the results of more than 800 studies, the committee classified processed meats as a Group 1 carcinogen, which is known to cause cancer in humans—other agents in that group include alcohol, smoking, and various chemical compounds. Red meat, such as beef or pork, was categorized as a Group 2A possible carcinogen.

But having a diet filled with bacon and sausage doesn’t mean that a person is likely to develop cancer as much as a smoker is likely to. Three out of every 10,000 cases of colorectal cancer is caused by processed meats, a nutritional and gastrointestinal health expert told The Guardian—that’s about 40 cases in the U.S. per year. Smoking, on the other hand, is responsible for 30 percent of all cancer deaths (and many more cases), which is almost 177,000 deaths per year in the U.S. alone.

So although the evidence supporting the link between red and processed meats and an elevated cancer risk is strong, eating those foods isn’t the biggest cancer risk—smoking, obesity, and alcohol consumption are still responsible for millions more deaths worldwide.

“For an individual, the risk of developing colorectal (bowel) cancer because of their consumption of processed meat remains small, but this risk increases with the amount of meat consumed,” said Kurt Straif, the head of the IARC program, in a press release.

As Cancer Research UK points out, a little meat isn’t bad for you, as long as it’s in moderation.