This music-oriented app can help you learn a new language 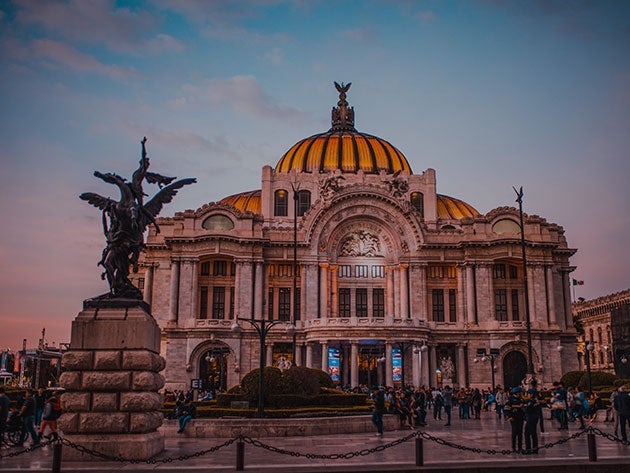 The merchandise in the PopSci Shop is managed by a third party. PopSci gets a slice of the profits.

If you’ve ever visited another country and wished you could understand the conversations going on around you, or even wanted to ask a native a few simple questions, then it might be time you picked up a new language. Learning a new language has a wide range of different benefits: you can fully immerse yourself in a culture that’s entirely different from your own, make a new home out of a space that would be otherwise foreign, make new friends along the way and even be more competitive in the job market. Pragmatically speaking, even if you live in an area that’s saturated with positions in your field, you could find a whole new host of exciting opportunities abroad that might be closed off to you—unless, of course, you can speak the native language.

And while the idea of learning a new language can initially sound appealing, there are a lot of roadblocks that make learning discouraging. The first and foremost issue is the amount of time it takes to classically learn a new language: the old school approach of memorizing vocabulary by associating words with familiar items can take a while, especially if you don’t already have a natural aptitude towards language. And unless you’re learning from a native speaker, it can be difficult (even with language-recognition software) to know if you’re pronunciation is correct.

Luckily, there’s a universal way to learn a language—and that’s through the power of music. Have you ever heard of an “earworm”? Even if you haven’t, it’s highly likely you’ve had one at one point in your life. Whenever you get a chorus stuck in your head or a catchy part of a jingle, that’s an earworm — and they can be powerful tools (alongside music) to learn a new language. Here’s why music is so effective as a facilitator to picking up a new language:

Music is made to be catchy—so even if you can’t remember the date of the end of the Cold War, it’s pretty likely you can remember the dates listed in a song lyric. That goes for places, objects and people—meaning it works in the classic way we learn a language (association), but also gives the words we start to recognize richer context. Plus, music helps you remember words in a much faster (and stickier) way than traditional methods (like using flashcards, or pure memorization strategies).

You can conveniently carry music with you anywhere and unlike a boring language tape, you want to listen to music all the time. Plus, it’s not like a formal classroom setting where you need to attend to learn—you can learn 24/7 through the vehicle of music. That means you can take your lessons with you on the go, whether that’s through a long commute or travel. Plus, you can learn at your convenience, taking breaks whenever you like.

Part of learning a new language is getting the pronunciation of words right—when singing along to a song, you learn to mimic the sounds and tones of a native speaker. Songs are also more up-to-date when it comes to vernacular — so you can learn the colloquial expressions and slang used by locals that are rarely taught in traditional classrooms. Meaning when you learn language through music, you get the benefit of knowing your pronunciation is on point and your verbiage is used by the people who speak the language.

Earworms Musical Brain Trainer is an app uses music and rhythmic repetition in a series of audio lessons that’ll help you pick up languages faster than ever. You can access these lessons using the app, and choose between Italian, German, French, Spanish (European) and Spanish (Latin American). You’ll start picking up the language of your choice in hours—not weeks and months.