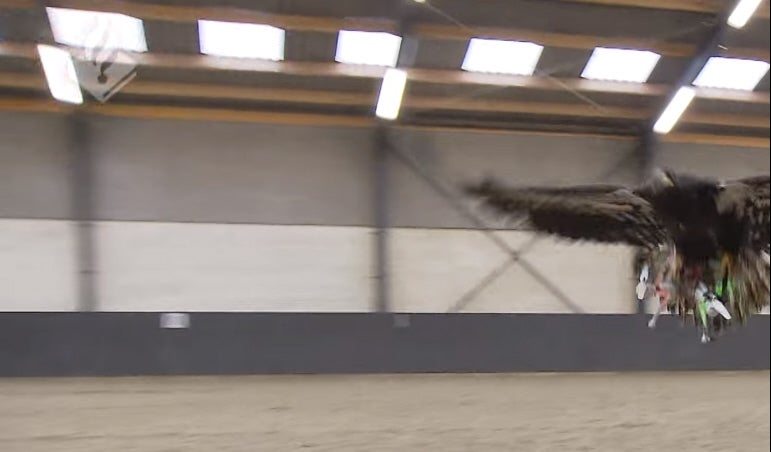 When it comes to stopping drones, nature finds a way. Well, nature and nurture, as well as Dutch policemen. Early this year, Dutch police released a video of eagles trained to snatch quadcopters out of the sky. Animals, especially birds of prey, have done this on their own plenty of times. The Dutch innovation is taking a theoretical question, “can birds be trained to attack drones?” and turning it into a public safety tool.

The first eagles are now ready for action. The Verge reports:

There are plenty of non-eagle ways to counter drones. The Pentagon seems pretty convinced that lasers are the future of anti-drone weapons. In the meantime, the Army has trained cadets with a simple anti-drone “cyber rifle,” and a more complex version was spotted with U.S. forces in Iraq. Nets, whether fired by special net-bazooka, fired by drone-mounted net gun or hung below other drones and used to capture in the sky, are another popular alternative. Other companies are developing and marketing drone-jamming systems. So why, with all these high-tech options, are the Netherlands using eagles?

Guard From Above, the company that trained the eagles, says “Sometimes the solution to a hypermodern problem is more obvious than you might think.”