Run for Your Lives, Dust Bunnies!

We stir up the dirt on five robotic vacuums.

Given their tendency to go murderously berserk in science fiction and Will Smith blockbusters, robots have never seemed like trustworthy domestic servants. With the recent release of several simple-minded autonomous vacuums, however, that rep could change. We tried five robovacs that use an array of sensor technology, ranging in price from $250 to nearly $2,000. Their task was simple: In 15 minutes, clean up 25 square feet of dirty floor. While no limbs were lost, no good-housekeeping awards were won–we made the same space spick-and-span in a tenth of the time with a $5.68 broom. Still, there’s something to be said for having a mindless machine do the dirty work for you.

ELECTROLUX TRILOBITE
AKA THE STUDEBAKER

Personality type: Call it the three-sport letterman of the bunch; this retro-futurist luxury cruiser is feature-packed. The only things missing are tail fins and whitewalls.

Brains: Fifteen years of development, backed by a team of 60 experts in fields ranging from mathematics to acoustics to weapons defense, resulted in the only robotic vacuum cleaner that doesn’t maneuver as if it were a bumper car. Like a submarine, the Trilobite bounces ultrasonic signals off objects in its path, allowing it to sense obstacles before plowing into them. It zigzags for 45 minutes, tracking where it’s been, and then returns to its charger and shuts down.

Brawn: All ears, the Trilobite doesn’t have much of a nose for dirt. What it does have is sheer persistence, covering every square inch three times over, so it eventually catches and collects most of your filth. It’s the only machine in this lineup that you’d display under your Eames chair but, as the price tag confirms, decadence ain’t cheap.

Personality type: Born with two left wheels, the eVac stumbles into tables and chairs and walls, gulping down what it can between head-on collisions, only to spit up half its meal when you shut it off.

Brains: The eVac’s infrared sensors stop it short of falling down stairs and are supposed to apprise it of other potential obstacles. Instead the microcontroller’s “wall-cleaning” algorithm seems to instruct it to slam into corners in pursuit of fugitive dust bunnies. The eVac navigates by brute force. Good thing it has a prominent plastic bumper and lacks the ballast to inflict damage on tables many times its size.

Brawn: Stirring up dirt with a nylon brush, the eVac swallows small particles, but it’s liable to choke on a toothpick.

Personality type: Sturdy enough to survive an ambush, the Friendly Vac clears a path as delicately as a tank.

Brains: Equipped with ultrasonic sensors designed to follow wall contours, the Friendly Vac evidently prefers to find–and if possible, obliterate–obstacles with its heavy-duty plastic fenders. Scarcely taxing its 16-bit microprocessor, the ‘bot plows parallel lines across the room with the single-mindedness of a golem. The smartest feature is a timer that starts the machine up to 12 hours after you program it on a four-button digital touchpad. Set it and get the hell out.

Brawn: With apparent ambitions to be a Zamboni, the RV400 is too massive to crawl under furniture. Though heavy and awkward to lift, it will motor from room to room if you tug on its retractable pull-cord. In action, it consumes all that it meets–coffee grounds, pasta shells–with bone-crunching suction.

Personality type: The Roomba would probably kick up dust at a level-5 bio lab. Too bad it spins itself into exhaustion before the job is done.

Brains: Commanded by a 16-bit microcontroller, the Roomba analyzes an area 67 times per second, relying on a plastic bumper to follow walls. Piezo disks detect dirt on the floor, and infrared sensors help it avoid stairs and find its charger. Watching the Roomba in action–needlessly changing directions and occasionally tripping on its own charger’s cord–suggests sensory overload.

Brawn: Compensating for weak suction, it rides close to the floor. It’s squat enough to scurry under sofas, and a set of spinning whiskers along its side rats out dusty corners.

Personality type:The roaming RoboCleaner works when it has to, and returns home periodically to empty dirt and refuel.

Brains: The RoboCleaner is a potty-trained prodigy with an artistic temperament. Rather than adhering to one neat pattern, it strolls until it bumps into an obstacle. Then it turns, noting the angle of incidence, and wanders until it hits another. It takes the measure of the room, cleaning as it goes, stopping and tracing a star pattern wherever its infrared sensors detect your mess. After an hour, it returns to the charging base station to rejuice and unload.

Brawn: Strictly speaking, the RoboCleaner is a carpet sweeper, picking up dirt on a spinning brush and sucking it up with a low-power
turbine. Reserve it for daily maintenance rather than vigorous spring cleaning. 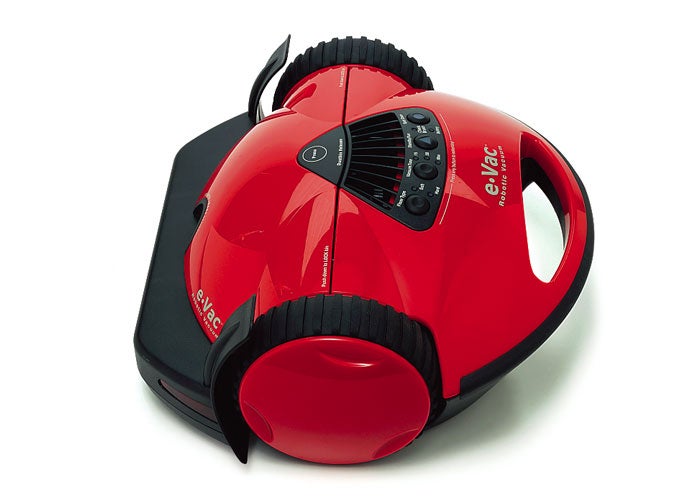 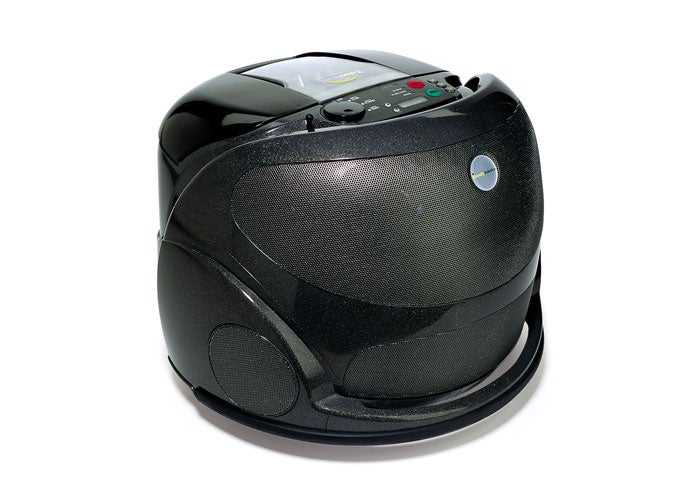 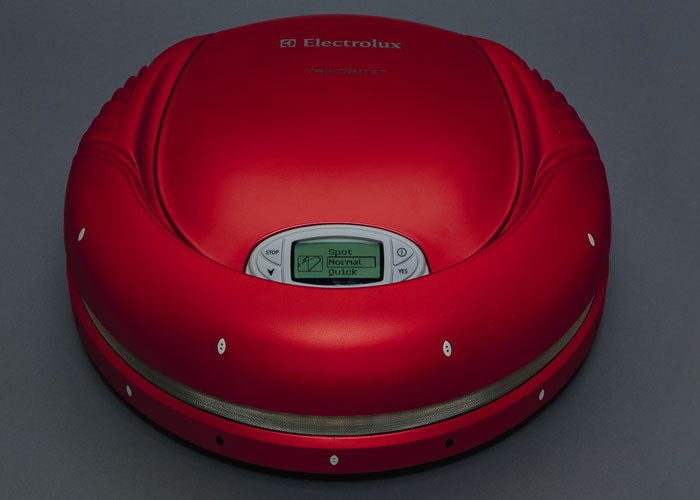 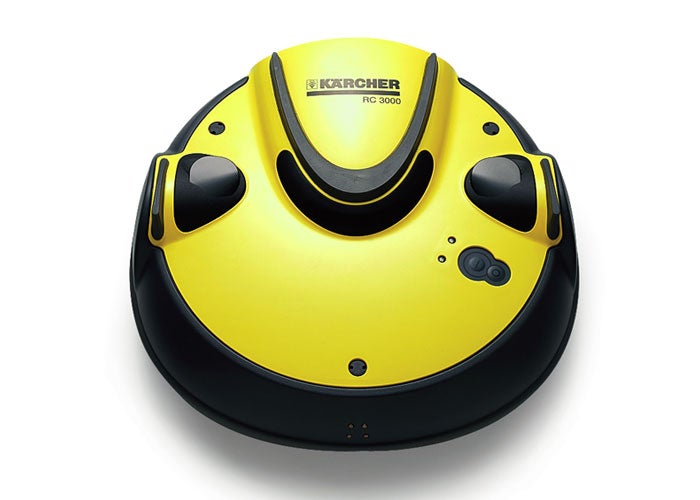 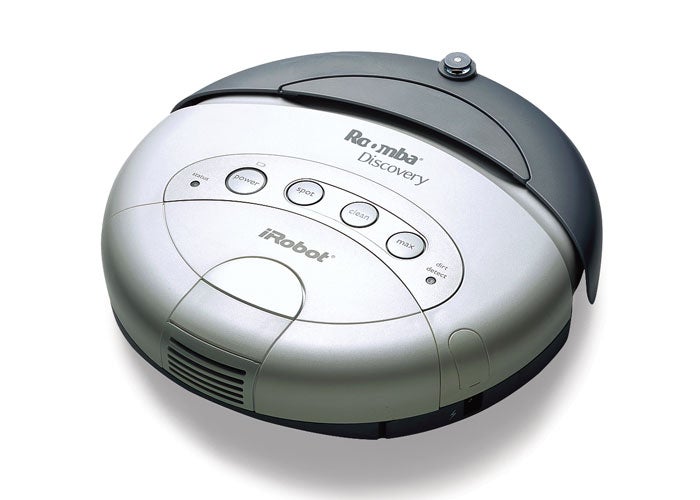