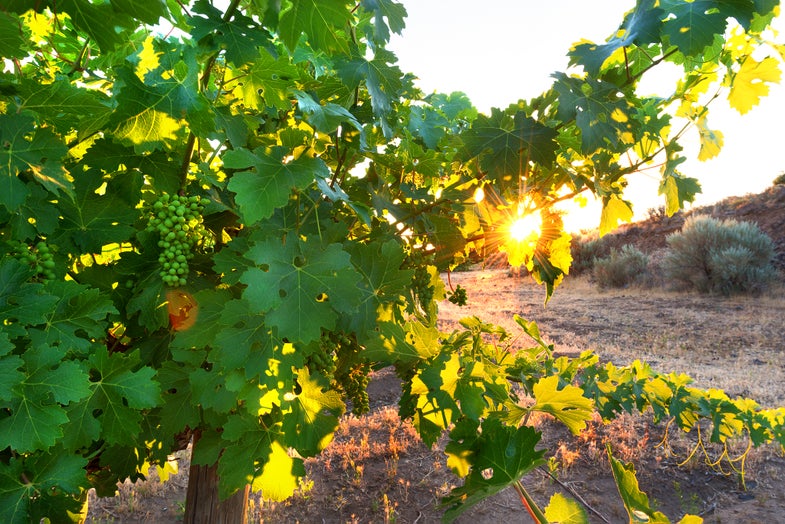 Farming is never easy. It’s backbreaking work that leaves you squarely at the mercy of the weather, which isn’t exactly winning any awards in the reliability department. Farmers learn quickly that when life gives you lemons, you better start making wine.

At least, that’s what farmers in Washington state are learning. Washington, just like its southern neighbor, California is in the middle of a drought. California is expected to lose $2.7 billion in agriculture because of the persistant drought.

A similar lack of precipitation in Washington has made it more difficult for farmers to grow water-intensive crops like apples, so they’re starting to improvise.

The New York Times reports that because grapes use so much less water than more typical Washington crops, farmers there are starting to build vineyards where orchards used to be, producing large amounts of wine. Vintners in California are even buying up land in Washington, getting in on the action while prices for land are still low.

Washington isn’t the first place to turn to winemaking in the face of climate change. Last year, warming temperatures persuaded one vintner to produce the first-ever Scottish wine.