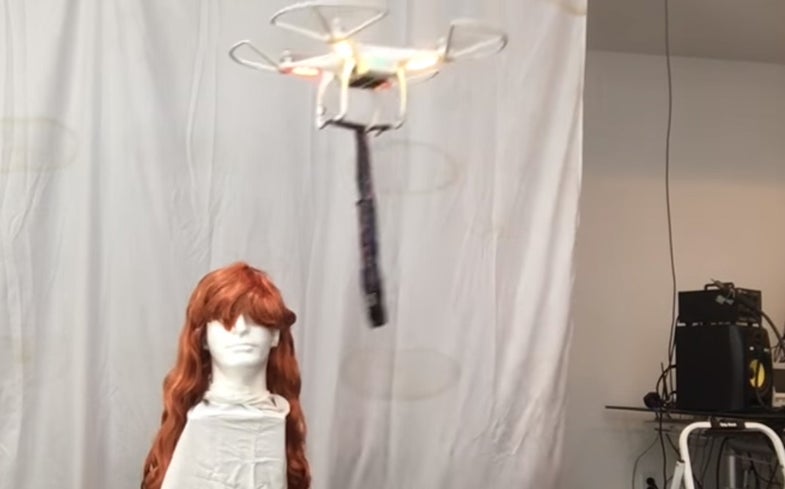 Simone Giertz specializes in terrible robots. She has a robot that will fight internet arguments for you (by smashing a foam head on a keyboard). Then there’s the popcorn-dispensing helmet she made, or an applause machine. They’re all delightful, if largely inept. Her latest machine straddles the line between funny-bad and funny-dangerous. It’s a drone built to cut hair, and it’s terrible.

It can barely use clippers:

And with scissors, it’s just as likely to cut hair as it is to take an eye out.

Instead of trying this at home, watch as Giertz and her collaborator Samy Kamkar troubleshoot this aggressively bad idea: