The $650 Osmo automatically self-stabilizes, no matter where you point it 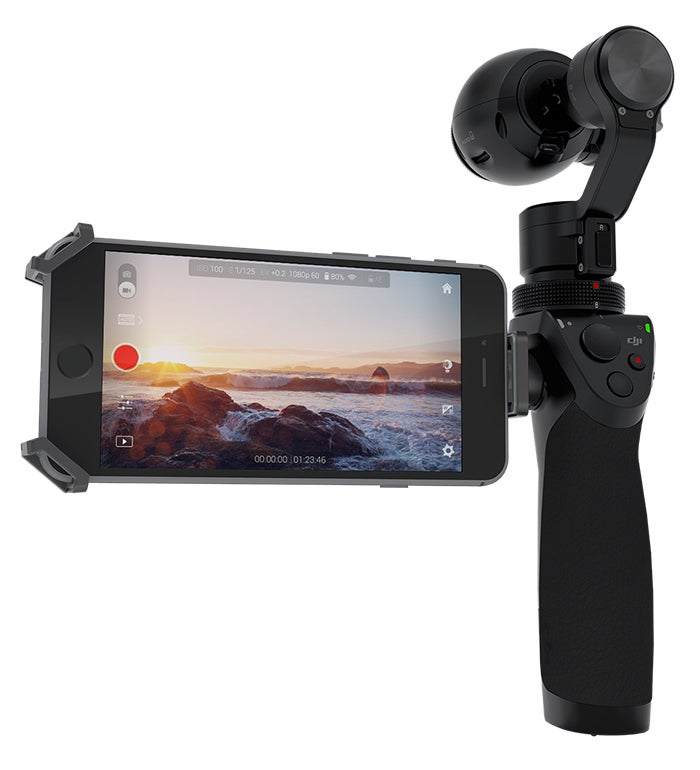 Smooth video requires a steady hand, or even better, an elaborate system of gimbals and sensors that capture a perfectly even scene. Consumer drone company DJI, best known for its popular Phantom series of quadcopters, has some in-house expertise on how exactly to make smooth videos. The company has put image stabilization technology to work on its drones, including the premium Inspire drone, and its captured lava rivers effortlessly.

Unlike the expandable batons of most camera-holding selfie sticks, the Osmo is just six inches tall. The 12-megapixel camera costs $650, and is mounted on a three-axis gimbal. With a tap of a button it fixes on a point on the horizon, two taps and it fixes on a new point, and three taps turns the camera all the way around for a video selfie. The camera sits on top of a handle containing a battery, and it can attach to your smartphone smartphone, and turn it into a display for camera. It can also capture video in Ultra-HD 4K.

Here’s some video taken by an Osmo in the American Southwest:

The camera essentially provides drone-quality stable video in places where a human can move easier than a drone. Which turns out to be a lot of the places people are.