An investigation from 'The Intercept' reveals drone program flaws 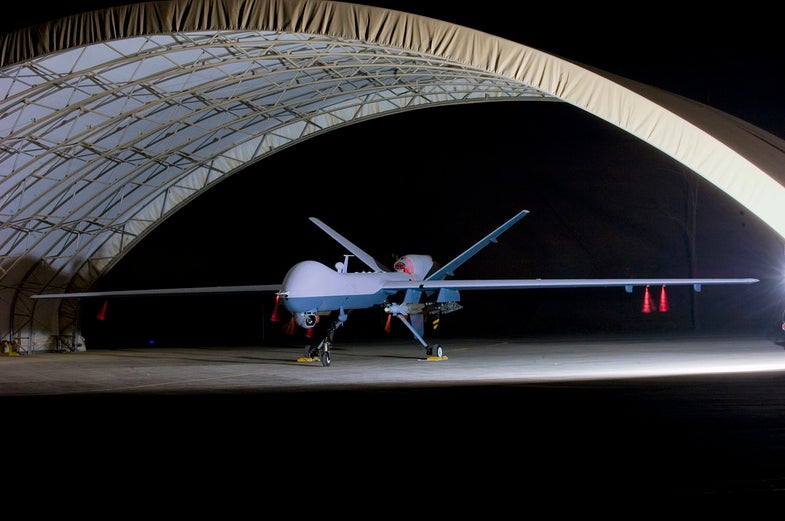 Earlier today, adversarial journalism outfit The Intercept (co-founded by Glenn Greenwald, the journalist who broke the Snowden NSA leaks) published a sizable eight-article omnibus titled “The Drone Papers.” Detailing several facets of America’s War on Terror, this new batch of leaked official classified papers looks at the tremendous, complicated, and morally fraught process that goes into drone surveillance and targeted killing. Among the most damning revelations: that nearly 90 percent of those killed during five months of drone strike operations in Afghanistan between 2012 and 2013 were not the intended targets.

One section, “Firing Blind” specifically honed in on the limits of drones, as found in the skies above Somalia and Yemen. Because airbases were far from the areas of Somalia that the Pentagon wanted to watch, drones and other surveillance aircraft spent much of their flight time just getting in place. This limitation meant that, instead of setting up persistent spying surveillance flights, drones were used a lot more for targeted killing, which “are intelligence dead ends” From the text:

Rather than confirming a vision of highly mechanized, robotic warfare, The Intercept‘s report portrays the targeted killing program as one filled with profound compromises and hampered by limitations. Intelligence operations that trade attacks for further surveillance and rely on local parties who may, at best, lack America’s same priorities are a murky part of a long-running covert war.

The massive report deserves to be read in full over at The Intercept.