A new space for space 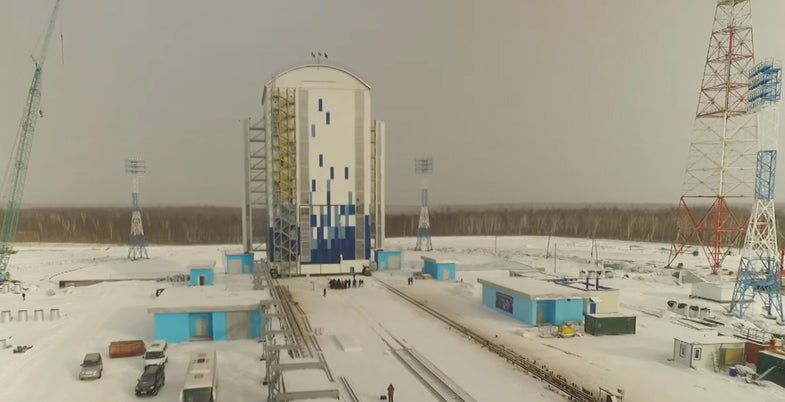 When the Soviet Union broke apart, one thing the Russian space program lost was, well, space. Specifically, with the independence of Kazakhstan, Russia lost its Baikonur Cosmodrome. Through leasing agreements and generally friendly relations, Russia’s been able to keep launching rockets from their old base, but the nation has long dreamed of a space launch facility in its own territory. After years of work, it finally has one in the works at Vostochny Cosmodrome.

As captured by drone, the facility looks as much office space as space office. The facility is located on the southern edge of the Amur Oblast in the Russia’s far east, not too far from the border with China. It will ultimately be the heart of a city of around 30,000 people, and will launch new rockets and new capsules, not the Soyuz capsules that are launched at Baikonur. Instead, writes Air & Space:

Last week, Russian-owned media company RT provided a glimpse at the facility to the world, as filmed by drone. Watch below: