Drones Film The Bones Of An Extinct Ohio Rollercoaster 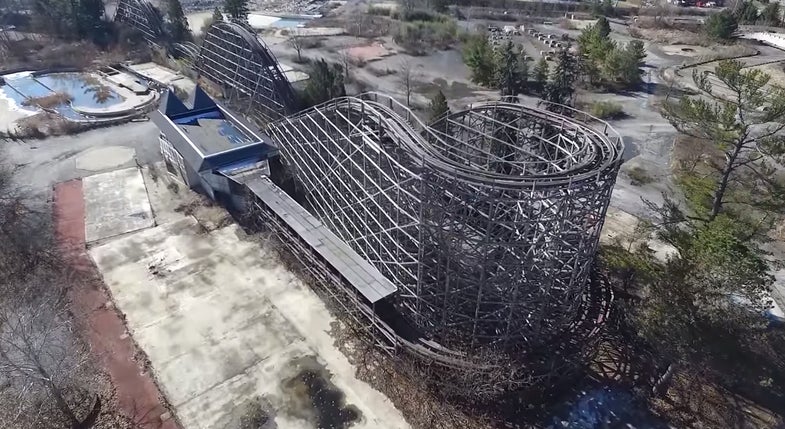 Drones are at their very best when gently capturing human decay. Geauga Lake was an amusement park in Ohio, about 40 minutes from both Cleveland and Akron. Its roots go back to 1887, and it was open for the entire 20th century. Acquisitions and bankruptcies, as well as a weird merger with a former SeaWorld location, eventually led to the closure of the park, and the sale of its non-water-park assets. In 2007 it closed. Now, nothing but thousands of legless trunks remain.

Earlier this month, DiJi Aerial Media used two Phantom 3 Advanced drones to capture aerial views of the former park. They describe their video as “a tribute to all the memories that this park helped create.”