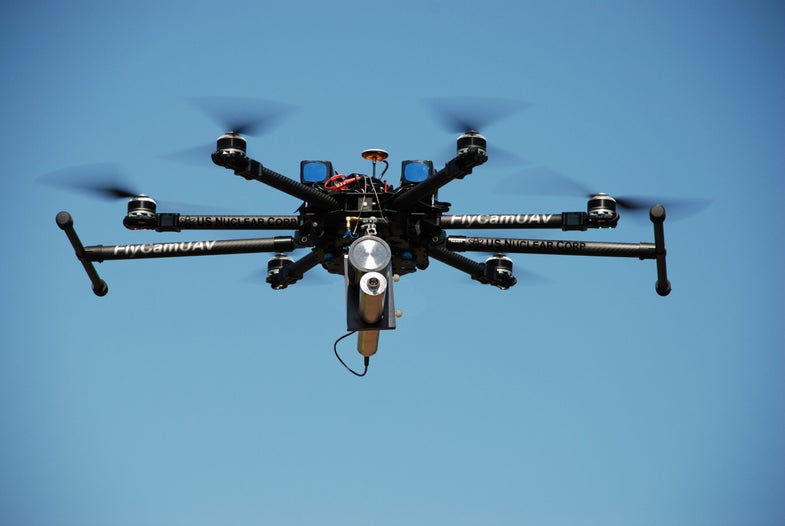 Drones can go where people shouldn’t. When it comes to finding radioactive material, hazardous gases, or even just normal fuel leaks, flying a robot in to detect the danger could be faster than having a person put on protective gear and explore for themself. Dronemakers FlyCam UAV partnered with US Nuclear Corp., a radiation detection company, to put just such a sensor on a drone and use it to look for radiation.

The system, dubbed “DroneRad,” can go on either FlyCam’s Cypher 6 hexacopter or FlyCam’s The NEO octacopter, either of which seem like they’re straight out of a cyberpunk novel set in 1998. The existing DroneRad sensor is just for radiation, but additional sensor sets could instead look for airborne chemical weapons like chlorine and nerve as, or for bioweapons like anthrax. There’s also an option for the future that can pick up on methane and diesel fumes.

FlyCam isn’t the first drone to do this. As more and more drones are outfitted with chemical sniffers, the correct response to “does that smell weird?” in the future may just be sending a robot to check.