This Drone Filmed A Pack of Sharks Eating A Whale

70 tiger sharks versus one humpback whale 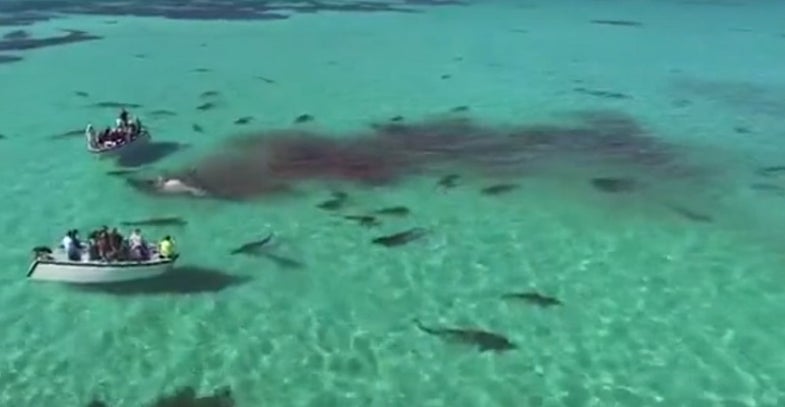 Nature is more efficient than pretty. Sometimes, there is beauty in that efficiency, like when sunflowers turn to face the sun. And sometimes, that efficiency is grotesque, when maggots transform a corpse into the dirt. Here is something roughly in the middle: 70 tiger sharks, eating a humpback whale in the waters off Dirk Hartog Island on Australia’s western coast, in the aptly named Shark Bay.

Captured by a drone, we can see the turquoise waters bleed red, an inverted southwestern skyscape rendered fresh and fleshy in the water.

The video was captured by Eco Abrolhos, a cruise company in Western Australia. “Passengers on our 14 day Geraldton to Broome and everywhere in between were treated to an unexpected phenomena whilst cruising inside Dirk Hartog Island,” it wrote on Facebook, “Something to show and tell the Grandchildren.”