Why and how to cut out alcohol. 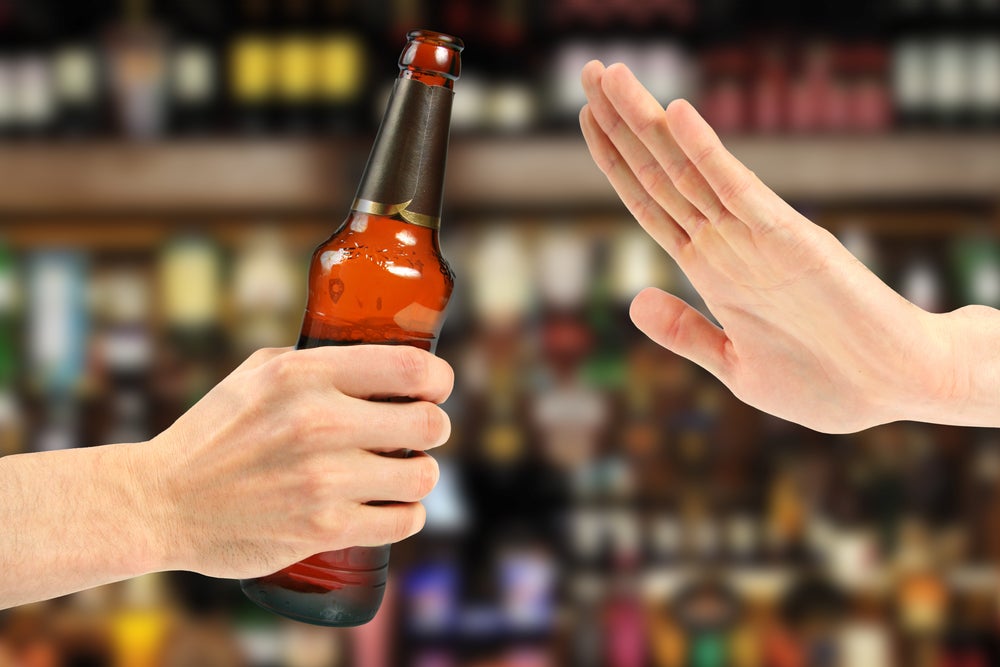 You don't need to drink to socialize this winter. Depositphotos
SHARE

As the nights get longer and the days get colder, our drinking gets worse. For some people, the overindulgent holidays encourages them to try forgoing alcohol for the first month of the year, as a way to reconsider their relationship with the bottle. So-called “Dryuary” or “Drynuary” makes a good start, but you may want to keep it up after January ends.

Why we drink more in winter

A nip seems more attractive when there’s a nip in the air. Alcohol opens up our blood vessels, which makes us feel warmer. In the icy outdoors, this actually makes you lose heat faster, but inside, it may help regulate body temperature and give you a warm and cozy feeling.

During winter, many of us also spend more time in close quarters, which makes the social lubricant aspects of the sauce more important. A 2016 study found that a glass of beer generally enhanced subjects’ emotional empathy, and may help us deal with social anxiety.

There’s also a metabolic side. We humans tend to seek out more calories as the winter deepens. Our bodies may consider that glass of cheer as a useful food source, although research into this idea is still ongoing.

On the darker side, literally and metaphorically, there’s seasonal affective disorder, which psychologists class as a minor type of depression. The theory behind SAD is that as the day shortens, the light changes disrupt our internal clocks, with consequences like fatigue, moodiness, and social withdrawal. As the nights grow longer, SAD affects a high percentage of Americans to at least some degree. Because depression of all types and alcohol have a strong connection, the bending of the elbow represents both a symptom and a temporary escape from problems like SAD.

Finally, we can’t forget that some major drinking holidays arrive during the winter as well. This may step up the social pressure to have one more than you should. While the evidence is somewhat anecdotal, the day before Thanksgiving, Christmas Eve, New Year’s Eve, and Super Bowl Sunday are generally considered some of the heaviest-drinking days of the year. And then there’s the singles mixers and bottles of wine on Valentine’s Day, culminating in the binge of St. Patrick’s Day right before the official start of spring.

So we have lots of reasons to overindulge during the colder months. But what does all that booze do to us?

Our winter drinking has both short- and long-term effects.

On the day after a snow-day spree, we’re lucky to largely experience just hangovers and awkward phone calls. But that hangover (veisalgia in medical lingo) can be punishment enough. Although it remains something of a medical mystery, those symptoms are anything but mysterious. On the bright side, crimes like drunk driving actually decrease during the winter months.

Still, what worries doctors is the long term effects. In medical terms, they’re focused on heavy drinking and binge drinking. The CDC defines heavy drinking as 15 drinks or more a week for men and 8 or more a week for women, and binge drinking as five or more drinks in two hours or less for men and four or more in the same time frame for women. These are generally the threshold between “lightly toasted” and “public embarassment.” Consistent drinking behaviors along these lines tend to have health consequences as the years pass and the glasses collect.

Even light drinkers have an elevated risk of cancer, particularly in the digestive tract. This doesn’t mean drinking will give you cancer, but it’s a factor for possibly getting cancer that you can control. Booze can also aggravate chronic conditions, from osteoporosis to diabetes, by interfering with how your body processes nutrients and minerals.

The sauce also adds a lot of calories to your diet. One glass, pint, or shot won’t kill your waistline, but alcohol averages 100 calories per drink, and that adds up fast. One “standard” binge is 500 calories (and that’s before you start downing rich, creamy cold-weather drinks like egg nog). One study of English drinkers found that they were imbibing up to 27 percent of their calories in a day when binge drinking. As a result, heavy drinkers in particular have more risk of obesity.

You have a lot of good reasons to cut out booze, or at least drink less of it during the winter months. Here’s how to replace it.

Get similar effects with none of the sauce

To phase out the tipple, first deal with the practical. Cold-proof your house to limit your desire to warm up with a glass of something.

If you still crave that feeling of warmth, hit the spice cabinet and boost the flavor of what you’re eating. Scientists believe spices like cinnamon and ginger become so popular in winter because they put a little heat on the tongue, which makes us feel warmer in general.

As for seasonal affective disorder, a better way to deal with it is by getting more light. Try a dawn simulation device, which wakes you up with a slowly brightening light instead of a harsh beep, or simply go outside when the sun’s shining and take a walk. That activity will also help you out. Exercise is a powerful mood motivator when dealing with the winter blues. For more serious forms of depression, seasonal or not, seek out a professional.

To stay social without liquor this winter, start volunteering or take up a hobby that involves group activities. As a general mood-enhancer, you should try to connect with people at any time of the year, but when it’s cold outside, these activities are particularly good at giving you something to deal with that isn’t the winter blues.

For many, the trickiest part of staying dry is the social pressure. Not many people go out with coworkers on a Friday and order a cream soda. If you prefer not to discuss your new habit in public, simply keep a glass of something deceptively non-alcoholic in your hand, like a club soda and lime. But if your friends and family push the issue, take the time to have a sincere conversation about your personal choices.

None of this is to say there’s anything wrong with a beer at the end of the day or a glass of wine with dinner. It’s a matter of taking stock of how and why you hit the bottle. In the end, you may return to your previous habits—or find that you actually prefer life without alcohol.