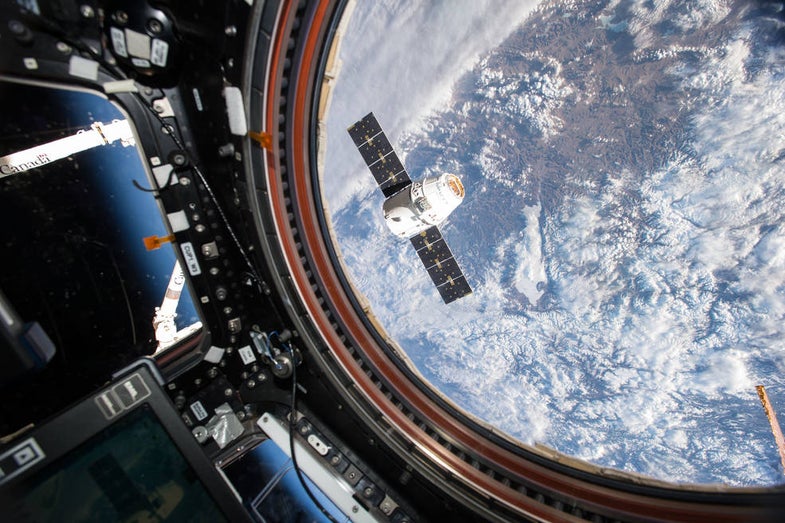 Dragon’s taking a bath in the Pacific Ocean after spending a little over a month hanging out with the International Space Station.

This is the other half of the Falcon launch and landing in July, which so gracefully returned to Earth . Dragon delivered 5,000 pounds of supplies, hardware and experiments, including the international docking adapters, one of which astronauts Kate Rubins and Jeff Williams installed last week.

This is deja vu of Dragon’s last water landing in May. SpaceX confirmed on Twitter that the splashdown looked good, and that crews were deployed to pick up Dragon and return it to land.