SpaceX's Dragon splashes down from space with 3,700 lbs of stuff 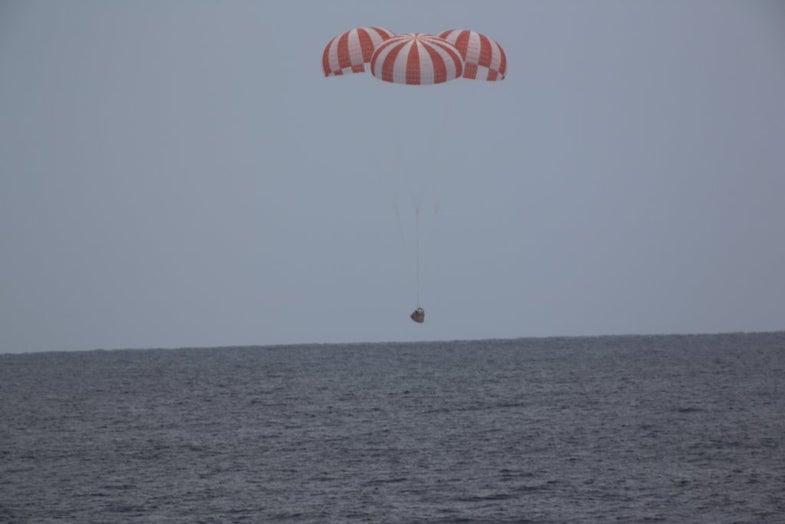 In April, SpaceX’s Dragon capsule launched with 7,000 pounds of supplies for the International Space Station, including the first-ever inflatable space habitat. Astronauts there unloaded those supplies and packed it full of a return shipment. And this afternoon the Dragon came safely home, splashing down in the Pacific off the coast of California with 3,700 pounds of cargo and science experiments in two. Including are the final samples from NASA astronaut Scott Kelly’s Year In Space (actually 340 days, but close enough!). Scientists will be analyzing those samples in hopes of understanding the long-term health impacts of living in space, so it’s a good thing the Dragon returned them in-tact.