Non-profit orgs can now use the social network like Kickstarter 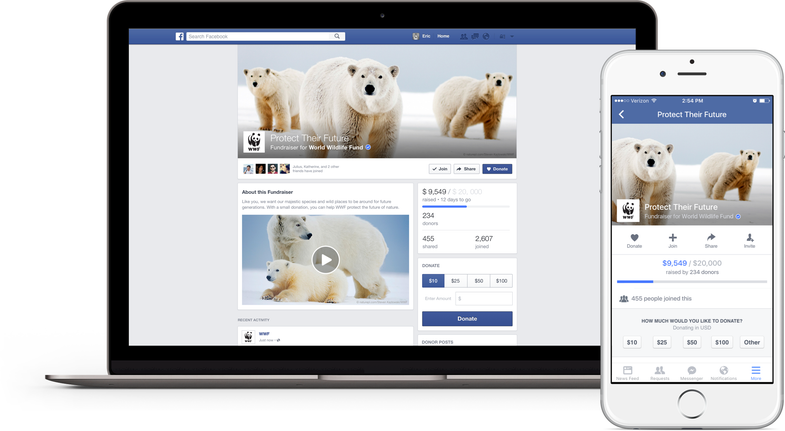 Facebook has allowed users to donate to nonprofit organization since 2013, but a new feature launched today, “Fundraisers”, seeks to make it easier than ever for you to give money to your favorite charities. It will also allow Facebook to help engage with and promote organizations raising funds after major natural disasters.

Much like crowdfunding sites Kickstarter and Indiegogo, Facebook’s Fundraisers will allow charities to “tell their campaign story, rally supporters, collect donations and visibly track progress” for specific campaigns, such as “year-end drives, themed campaigns and special projects such as building a clean water well or funding a clothing drive.” Posts that share these campaigns will also feature a donate button, so anyone who sees the post will be able to contribute directly from their News Feed or Timeline.

The social network is also allowing the 37 organizations currently testing Fundraisers to feature a donate button on their page directly, or other posts not related to specific campaigns. According to Facebook’s press release: “both of these buttons will make it easy for supporters to contribute using a one-page form without leaving Facebook, and share that they donated with their friends.”