Do People Who Grow Up In The Arctic See Better In The Dark?

They definitely get the blues 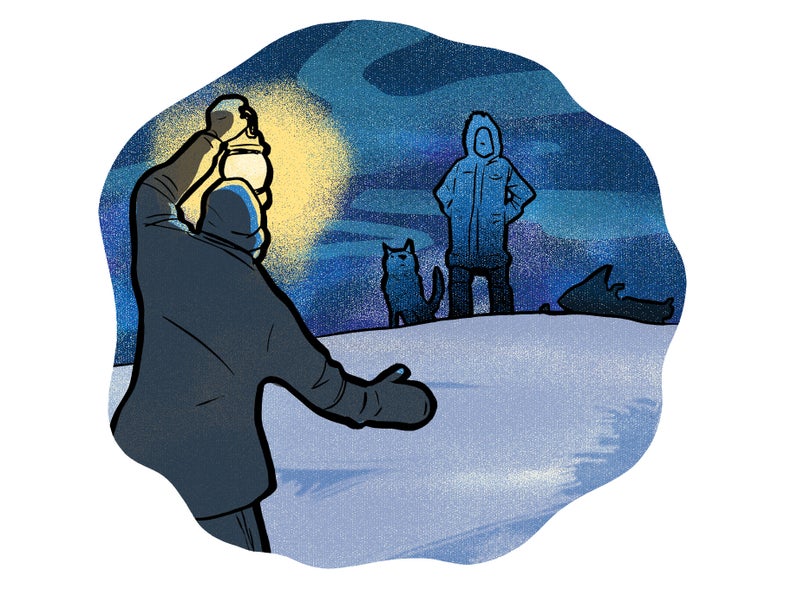 People who live north of the Arctic Circle experience two months each year with no direct sunlight. During the dark winters, the only natural illumination people experience is twilight, which tends to have a bluish color. So in 2007, cognitive neuropsychology specialist Bruno Laeng set out to see how this might affect the vision of these northernmost inhabitants.

Laeng and his colleagues gathered about 250 people, mostly undergraduates from the Arctic University of Norway (where Laeng, now at the University of Oslo, was a professor at the time), and split them into two groups: those who were born above the Arctic Circle and those born below it. Both groups took a test measuring color discrimination, in which they had to arrange more than 85 color tabs according to the progression in their hues.

Language also supports Laeng’s findings: Ohio State University psychologist Angela Brown looked at dictionaries for various populations—more than 450 languages in all—to see which ones had distinct words for the color “blue.” She found that the closer people lived to the poles, the more they distinguished between the blues.