Codes Made Of DNA Can Tag Individual Cells 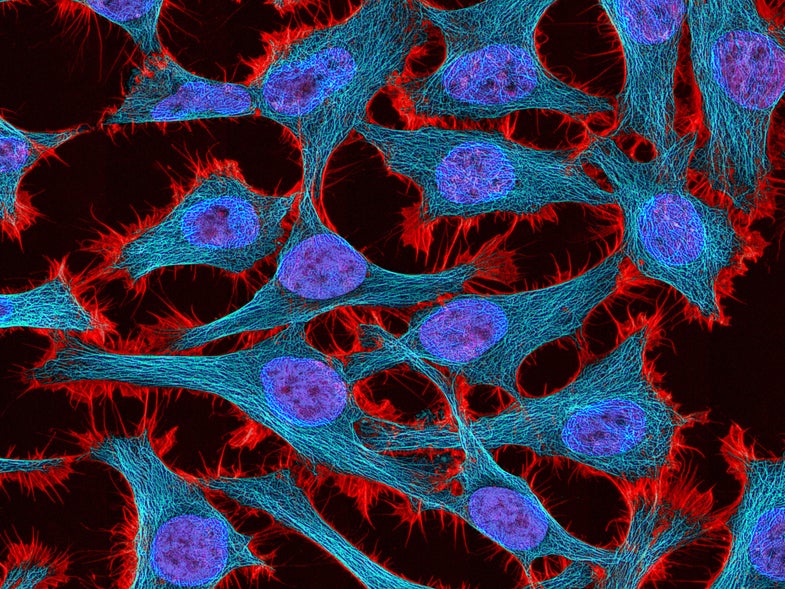 Researchers from the Broad Institute have developed a DNA “barcode” to tag cells with different mutations, which could drastically speed up the process of testing cancer-fighting drugs. The researchers published a study late last month in Nature Biotechnology, and Francis Collins, director of the National Institutes of Health, blogged about it this week.

Ideally, scientists would be able to test a potential cancer-fighting compound on a number of different types of cells—several with different types of cancerous mutations, alongside healthy cells—all at once. That’s how tumors look in the body, after all. A compound that works well would kill particular strains of cancerous cells while leaving the healthy cells alone. But once all these cells have been mixed together, it’s really hard to tell them apart, so scientists wouldn’t know if the drugs were working as they should.

So the researchers created a way to mark the cancerous cells using little codes of DNA, delivered into the cells’ genetic code using a modified virus. The DNA bar code doesn’t alter the function or stability of the cell, but the researchers could detect the different cell strains to better determine if the compound was functional against that type of cancer.

Each cell strain gets a genetic bar code that contains a color, which the researchers can scan and detect after an experiment. Tests showed that the system was surprisingly sensitive—the researchers could detect just 10 barcoded cells from a mixture of 4,000. 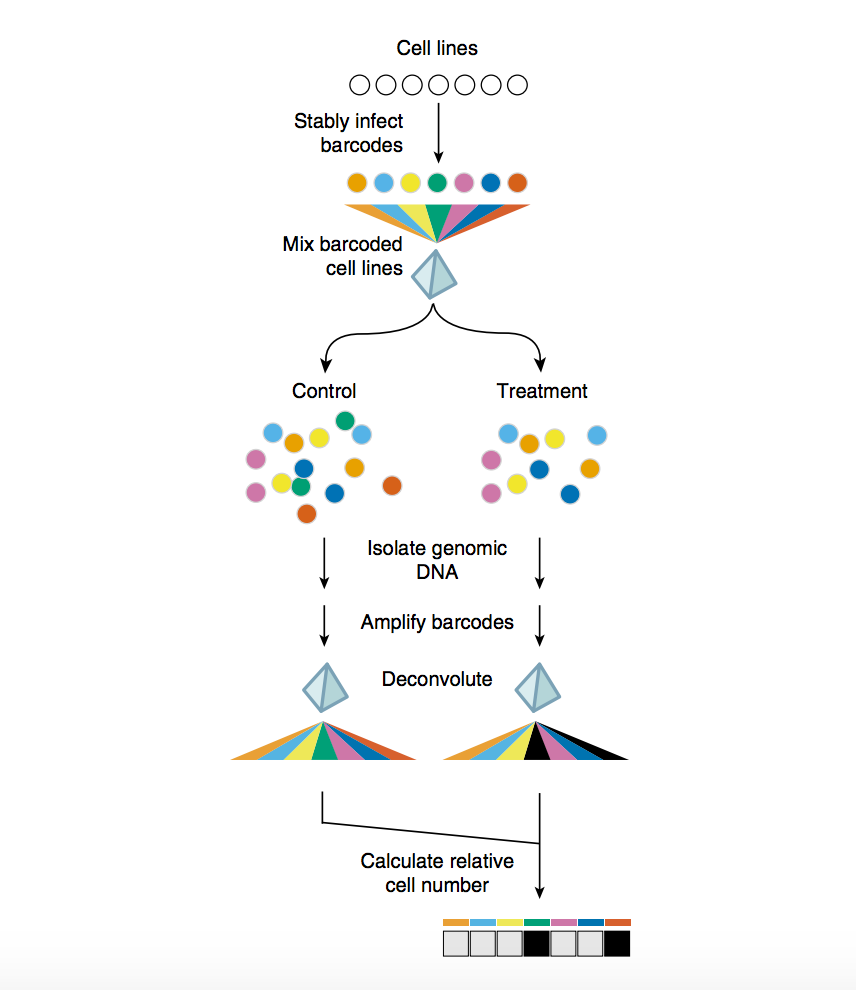 A schematic of how cancerous cells can be tagged using a DNA bar code and detected in a sample. The researchers call this the PRISM method.

To test whether a medication will work on a particular tumor, doctors commonly grow a tumor in an animal (usually mice) made from samples of a patient’s cells. To determine if the DNA barcode system could help evaluate drugs in these sorts of experiments, the researchers injected over 100 different types of cancerous cells into mice. Several weeks later they added 400 small molecules known to affect those types of cancer. As they had hoped, their scanning system showed the molecules had significantly reduced the count of susceptible cancer cells.

The researchers’ findings show that DNA barcodes can help scientists find the right treatment to combat various strains of cancer both in a petri dish in the lab and in animal models.

That’s an important development because the slow pace of drug evaluation has been one of the biggest impediments so far in precision medicine, and researchers have been looking for all sorts of new ways to speed it up, such as devices that test different drugs in animal models or growing hundreds of tiny cancerous organs in a petri dish.

A database of thousands of barcoded cell strains could eventually speed up the drug discovery process and even help clinicians quickly assess the efficacy of existing drugs in order to treat patients more effectively.