How to tell science from pseudoscience

Our all-in guide to ferreting out falsehoods. 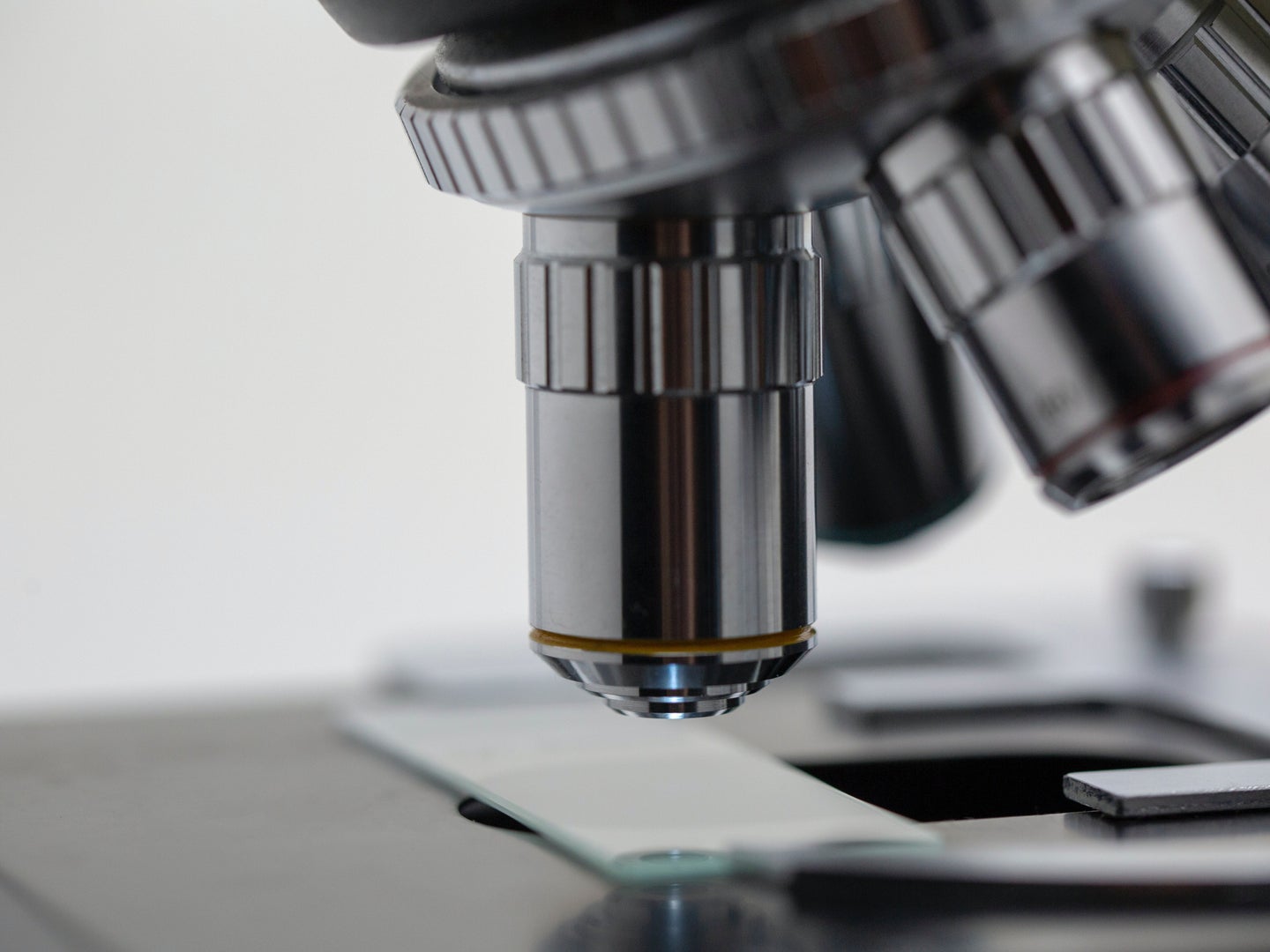 Trying to determine if something is pseudoscience or real science involves taking a close look. Michael Longmire / Unsplash
SHARE

In our increasingly chaotic digital age, disinformation disguised as science is rampant. It’s also getting harder to detect, thanks to new technologies and politically motivated campaigns against commonly acknowledged scientific truths like vaccine effectiveness, the realities of the climate crisis, and more. Navigating the turbulent sea of online scientific and pseudoscientific information requires a sharp eye, a skeptical brain, and an openness to new ideas about the world around us.

Your first exposure to any pseudoscientific claim will almost certainly come in the form of a catchy headline—perhaps a little too catchy. John Gregory, a researcher for the online fact-checking service NewsGuard, warns that fully capitalized words, exclamation points, or strong opinions in the headline of an article are some of the first signs that its contents may be misleading.

“One of the dead giveaways is the use of really emotional language,” he says, adding that the key difference between a factual and misleading story is what evidence its authors use to back up the headline’s claim. This means that your best defense against being duped is to click the link and actually read the article, rather than taking the headline at face value. It’s often difficult for journalists to convey nuance and uncertainty in headlines that are meant to be catchy and brief. The best way to tell whether a headline is accurate, misleading, or downright false is to see for yourself what the article has to say.

Science news is usually based on a specific, detailed study—a feature that sets it apart from other types of news. Ironically, this makes it both easier to verify and easier to fake. On one hand, a primary source like a recently published paper can quickly back up an article’s claims. On the other, many developments in science and medicine are fairly complex, making primary sources difficult for many readers to understand.

“A lot of these [pseudoscience] sites rely on the fact that people are not going to dig into the studies that they’re citing,” says Gregory. “They might even present them in a way that’s not very accessible in order to give the impression of scientific rigor and lend the claims an air of credibility.”

Given that risk, it’s worthwhile to do a little extra digging into the studies behind science news stories. Keep an eye out for a few simple metrics: a large sample size, the presence of control groups, and appropriate caveats in the researchers’ conclusions. All of these items should be included in the paper’s abstract—the paragraph at the beginning that summarizes the study’s methods and findings. News articles about the study should also mention these details.

“Most scientists are very cautious, always leaving open that opportunity for new data,” says Jessica McDonald, the science editor at FactCheck.org. “In fact, if a scientist is 100 percent certain of something, that’s probably a sign that they may not be giving you accurate information.”

This applies both to quoted experts and primary sources themselves. A reliable scientific study will be forthcoming about its own limitations, the scope of its results, and the need for further investigation. Likewise, a trustworthy scientist usually won’t make sweeping claims about a study’s findings, instead explaining the nuances of new discoveries.

Developments in the field of medicine are frequently falsified or misrepresented. This means you’ll need an extra level of scrutiny to separate fact from fiction. Often, peddlers of false info rely on a small nugget of truth to help support their claims.

“What they usually rely on is misrepresenting smaller lab studies, maybe an animal model study, but no human trial,” Gregory says of articles that purport to reveal miraculous cures to diseases like cancer. “Then, they exaggerate that to say that because [an experimental treatment] killed cancer cells in a lab in a petri dish, it’ll do the same in the human body—and that’s just not true.”

McDonald adds that medical scientific papers are not necessarily accurate just because they are listed on popular preprint servers. Actual publication in a peer-reviewed journal is a promising sign of legitimacy; simple appearance online is not.

“Just because a paper is indexed on PubMed does not mean that it’s been vetted,” she says. “[Databases like PubMed] can be full of a lot of good information, and also some very dubious scientific papers. They’re not necessarily legitimate.”

A miracle cure, a government conspiracy, or a shocking revelation are all hallmarks of dubious science news—and they often pop up again and again in the same pseudoscience-peddling outlets. If a scientific claim seems suspicious, it’s worthwhile to see what other types of stories the site is posting and if the publication’s overall character throws up red flags.

“One of the biggest things we depend on [at NewsGuard] is: ‘What is the history of this site and the claims they’ve shared in the past?’” says Gregory. If a website consistently posted anti-vaccine disinformation before the pandemic, for example, it’s not going to be a reliable source of info about the COVID-19 vaccines now.

Gregory recommends checking suspicious outlets for information about who writes their articles, who runs the publication, and what organizations they’re associated with. If this information is difficult to find or missing altogether, the source may not be reliable. It’s also important to look beyond a publication’s name to judge its character, says Gregory. Some sites, like the Denver Guardian or the National Vaccine Information Center, rely on legitimate-sounding names to convey authority despite being known peddlers of disinformation and false news, he explained.

Pseudoscience, particularly in the medical field, often aims to serve a specific goal by preying upon the public’s fear. At times, this goal may be simply political—for example, denying the existence of the climate crisis may serve the agenda of a particular political party. But often, the motivation behind pseudoscience is financial in nature.

“When it comes to health misinformation sites, and pseudoscience in general, there’s often this ‘They don’t want you to know this’ mentality,” says Gregory. “The sources using those tactics are often trying to sell you something themselves, whether it be a supplement, a medical treatment, consultations, or sometimes the content itself.”

This is another reason why it’s so important to figure out who exactly owns or controls a publication: they may have a financial motivation that inherently destroys the impartiality that responsible journalists are supposed to practice. Giving an overview of various sore throat remedies isn’t necessarily pseudoscience—but promising that One Miracle Tea will instantly cure sore throats probably is. If an article seems to be steering you toward one solution or treatment without giving an honest look at its pros and cons, its authors might be after your money.

Even if an article isn’t trying to sell you a particular product, following the money can also reveal the motivations behind dubious claims. If possible, do a little research on the outlet itself to learn more about its leadership and funding sources. A lobbying group, a private medical practice, a professional business association, or even an individual person with a strong agenda may be lurking behind the curtain.

When you can’t quite tell whether a piece of science news is accurate, doing your own digging may be time-consuming or prohibitively complicated. That’s where fact-checkers like NewsGuard, FactCheck.org, and even us right here at Popular Science come in.

Professional fact-checkers and science journalists are trained to ferret out misleading information and expose it for the pseudoscience it is. In addition to presenting carefully-compiled research in a clear, factual way, they can also help shine light on complex topics by directly consulting subject matter experts.

[Related: How to fact-check suspicious science stories for yourself]

“Part of what journalists are doing is reaching out to sources we trust and asking them what they think. People should take that seriously,” says McDonald. “I would [also] challenge people to find news organizations that aren’t necessarily in line with their views, and that are known for being middle-of-the-road.”

Consulting a wide variety of non-partisan sources to get an idea of the scientific consensus is a great way to rely on outside expertise without placing all your faith in one outlet. Maybe one newspaper or website is leading you astray—but it’s unlikely that five, 10, or 15 are all at once.

Trust the court of public opinion

If you’re the type of person who takes everything with a grain of salt, it may be difficult to figure out who to trust on scientific issues. There is no perfect answer: certain individual scientists may be corrupt or misinformed, some government officials may have political agendas, and even trustworthy news outlets occasionally make mistakes. That’s why in addition to trusting the experts on science, you may also find it useful to trust the systems in our society that you recognize to be reliable, like the importance of public reputation and even human nature itself.

“Governments like to look good,” says McDonald. “They don’t want to have their citizens dying.” You may not trust the government in every aspect of your life, but your tax dollars are funding a lot of scientific and medical research conducted by people hoping to improve our lives and protect us from diseases, she explains.

If renowned universities and hospitals were actively spreading misinformation, they would risk ruining their prestigious reputations. The same goes for well-regarded news outlets and the journalists who work for them. The public’s trust is hard to win, and most institutions wouldn’t risk losing it for the sake of one misleading claim. But even if you will never trust large organizations, you can still have faith in individual people.

“Scientists are people too,” McDonald says. “A lot of this ‘evil scientist’ stuff doesn’t make sense if you’ve actually met a scientist. Scientists are just regular people, and they get into this field because… [they] want to help their fellow man.”