How to keep your car clean all autumn long

Leaves can leave nasty stuff on your vehicle’s paint. 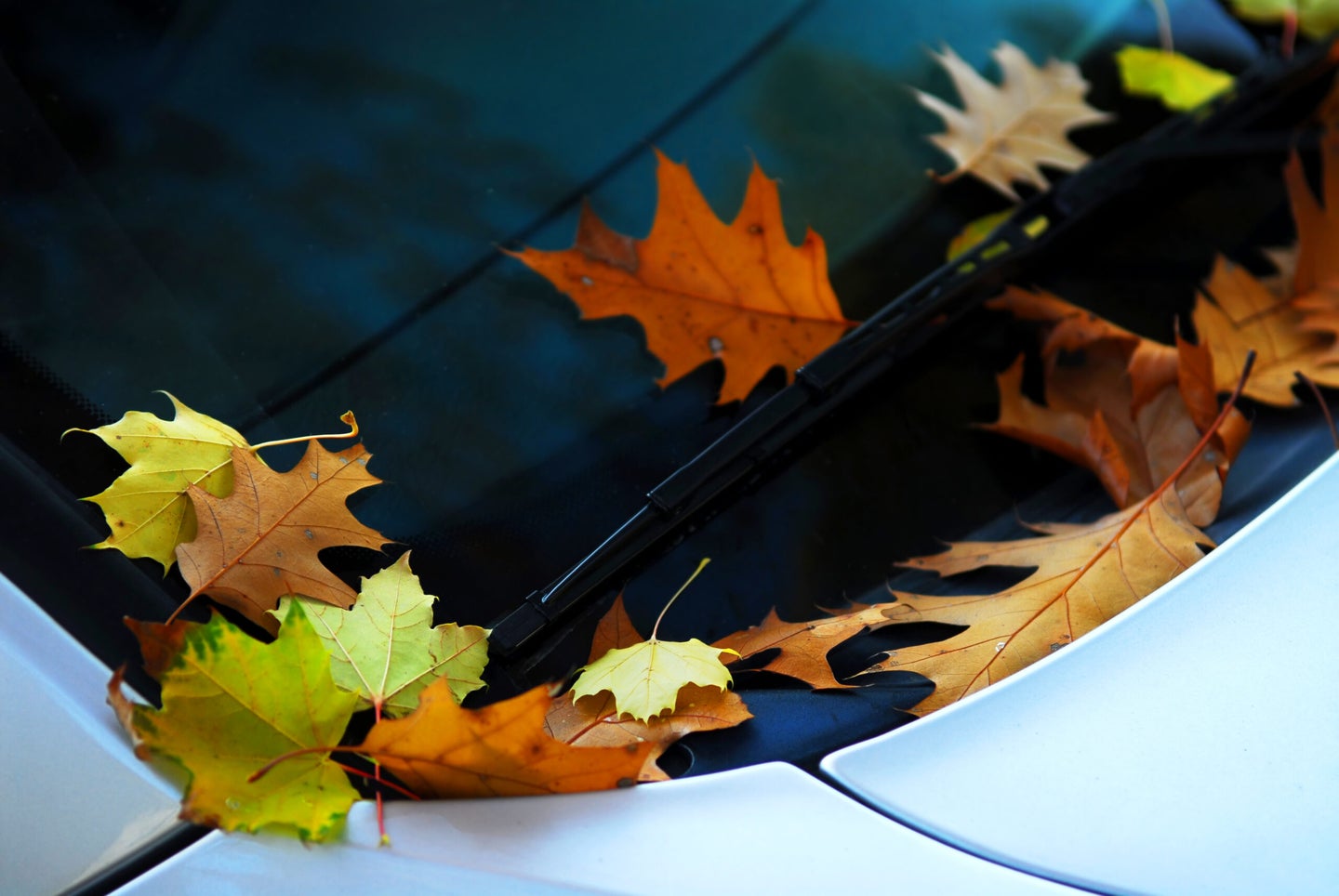 Autumn can be a tricky time for car care. DepositPhotos
SHARE

The autumn season is always something to look forward to, particularly because of the spectacularly saturated, beautiful colors that many trees’ leaves produce just before they fall to Earth’s top-most layer of crust where they eventually turn to brown. They’re pretty, but those same leaves can leave nasty stains on your car’s paint.

Even though the mortal coil of their complex existence has come to an end, the chemicals that remain in their lifeless vessels can leave imprints on sheet metal. They can also clog HVAC vents and gutters, and even block air filters and radiator fins if you’re unlucky. Therefore, foliage accumulation is something to keep an eye on or avoid altogether if you’re able to. Plus, while you’ve got combatting foliage on the brain, you might as well be proactive and prepare your car for winter weather.

If you’re inclined to preserve your car’s paint as best as you can, tack on leaf mitigation as part of your DIY service planning.

Leaves contain acids and sap that release and wear your vehicle’s finishes, particularly its paint and trim pieces. The longer they sit, the more damage they do. Like bird poop. Plus, if they’re on there and get rained on for an extended period of time, think of it as a sort of natural wet blasting cabinet. Have you ever seen the prints of big leaves, leave, on a car that’s been parked for a while? Sometimes a standard wash won’t get rid of that, and more drastic measures must be taken, such as thorough buffing and waxing.

The best course of action is prevention. It’s a good idea to store your car under covered parking as much as possible, but if you don’t have this at your residence, consider buying a car cover to throw over it. Frequent washes and waxes help as well by not only cleaning off contaminants but also protecting the paint against them. The same goes for ceramic coatings, which are never a bad thing to invest in.

A quick tip: it’s a good idea to manually lift each and every leaf off of your car, rather than using a leaf blower or hose. This helps prevent them from rubbing across the paint finish, which depending on the intensity of your local flora and fauna can cause very faint scratching.

In addition to damaging your car’s paint, leaves also accumulate in any tiny crevice they can find their way into, especially between the hood of your car and its plastic cowling where HVAC intakes often reside.

This puts strain on the HVAC system and gives it a musty smell due to being clogged with moisture and decaying carbon-based material. Plus, if your car’s cabin filter is already clogged and ready to be changed, it could make matters worse if not addressed.

Not only that, but for vehicles that sit for a while, leaf buildup is appealing to critters of the arthropod and mammal variety—nobody wants a spider or mouse infestation in hard-to-reach areas. Leaf material can also jam up door and trunk seals and let rainwater in.

It’s unlikely, but not impossible, that enough leaves could get caught in a radiator, oil cooler, intercooler, or anything with cooling fins really, and block airflow to it causing suboptimal heating. Since ambient temperatures are usually pretty cool in the fall, your engine might not even notice if a big old Canadian flag-looking leaf was blocking a few square inches of your radiator, but it’s worth taking a look in your car’s grille once in a while to make sure you don’t have any big blockages.

By the same token, it’s not a bad idea to take a look at your air filter in the fall and make sure you don’t have a big, fat leaf hindering airflow.

Depending on the climate you live in, why not take the opportunity to do some exterior and interior maintenance before temperatures drop, snow hits the ground, and cars get blasted by salt in many areas of the country?

Rapidly rising and falling temperatures can do a number on interior trim pieces and leather, so fall is a good time to clean and condition them. Just imagine the temperature differential between a frigid, Chicago winter night and the proceding sunny day’s warm UV rays. Interiors really are put to the test in the wintertime.

If you’re already in the regular car wash mindset, consider giving your car’s bodywork, wheels, and tires an extra-thorough cleaning, followed by each components’ respective common protectants like wax, tire shine, and more. Especially after all the trees are finally bare—now the challenge lies in protecting against big temperature changes, salt, slushy road grime, and more. Plus, I imagine it might be easier for brake dust to get baked into wheels’ finishes, so don’t forget to clean and protect them as well.

With a little awareness, preparation, and elbow grease, you can ensure your car’s paint stays in tip-top shape no matter what Mother Nature throws at it during the fall and winter seasons.