A Full-Scale Wood Cylon Because Why Not 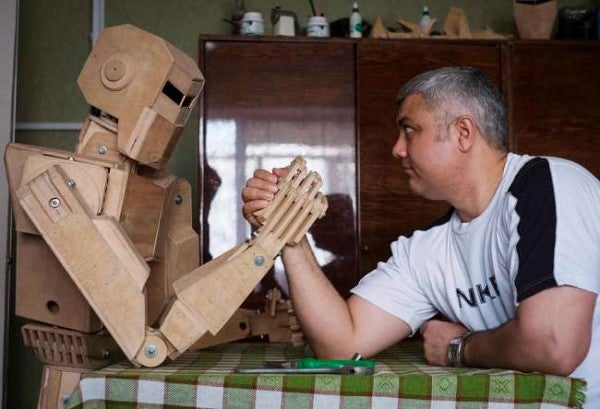 Ukrainian crane operator Dmitry Balandin created this Cylon (a robot from the sci-fi TV series Battlestar Galactica) using $300 worth of plywood and screws. Balandin, a sci-fi fan, apparently just did it as a hobbyist project. The ‘bot took him about six months to complete, which, by my calculations, makes it completely worthwhile. Look at the fun they’re having together! Making tea, arm wrestling, reading newspapers. 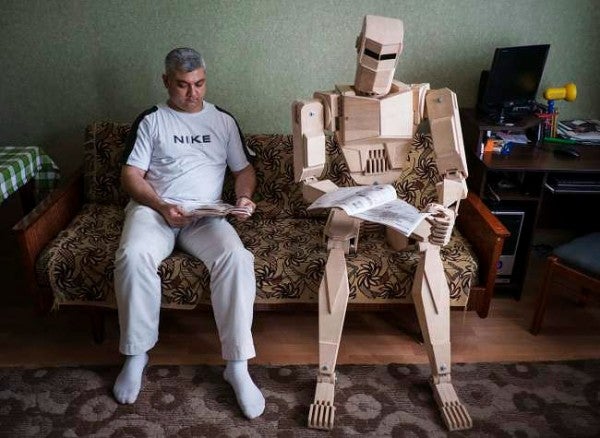 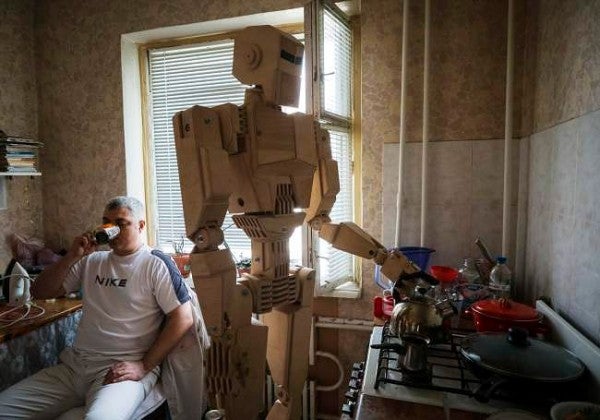 The robot looks pretty realistic, despite being made on the cheap, and weighs just 30 pounds. Balandin is planning more upgrades, too, but is first completing a separate project: a female companion for the Cylon, which hopefully still makes for a good roommate situation.

Below you will find a video interview with Balandin from what’s apparently a local TV station. If you do not understand, consider overlaying it with some music: