Cubepix: Or, What To Do With Extra Cardboard Boxes

An interactive prototype mash-up of cardboard pixels and Microsoft Kinect. 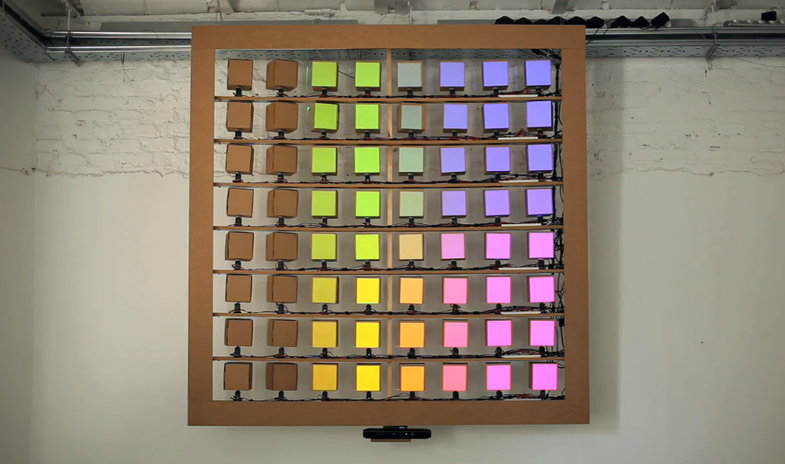 Every cardboard box dreams of one day becoming a glorious digital pixel. And this is just about as close as they’ll get — in a fun 8-by-8 grid of interactive goodness.

The mastermind behind Cubepix is Xavi Tribo, who heads up technology for Spain-based Glassworks. Tribo paired each of the 64 lucky cardboard boxes with a servo and controlled them with 8 Arduinos. A projector lights up each box like a pixel, even tracking the turn motion to map the 3D pixel rotation. Because that alone would obviously be lame, Tribo threw a Microsoft Kinect into the mix just to make things interesting. People can interact with the cardboard-bit display as it syncs to their movements.

Besides being mesmerizing, the prototype could one day grow up and display advertisements so people can be hypnotized into buying more Wheaties. Personally, I’d be happier playing Pong on it.