Home Depot is closing its last seven big-box stores in China, citing a lack of a DIY ethos among the Chinese. But while sales may be flat, China's maker culture still thrives. Have YOU ever built yourself a helicopter? 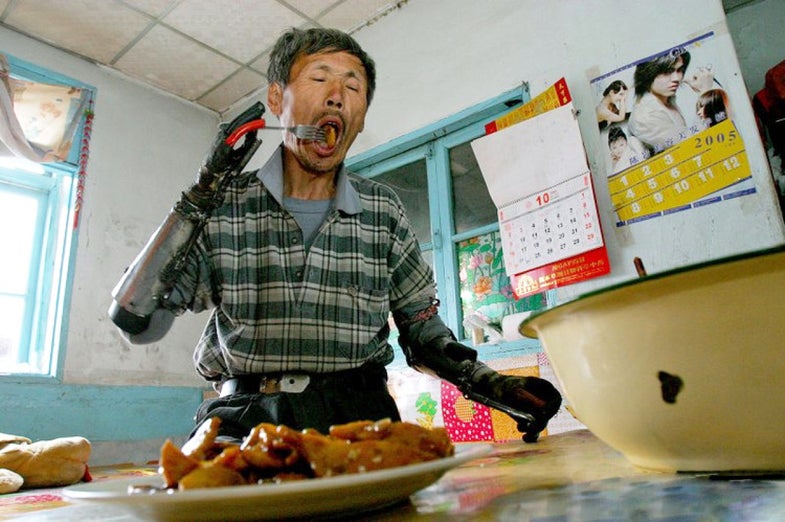 Sun Jifa, of Guanmashan, Jilin province, in northern China, lost his hands in a fishing-related explosion a decade ago. The hospital recommended him prosthetic replacements that were far too expensive. Undeterred, Sun built his own bionic arms that can actually grip and squeeze objects via a system of pulleys and wires manipulated by movements of his elbows. CEN via HuffPo
SHARE

Over the weekend, the Wall Street Journal reported that Home Depot is closing its last seven big-box stores in China after suffering years of losses there. The reason, according to Home Depot: China doesn’t nurture a do-it-yourself ethos or the market to support DIY-based businesses. We beg to differ.

No doubt Home Depot knows its business and the financial argument for closing its stores is right there on the balance sheet. And we’re not disputing that cheap labor and the predominance of apartment living create problem for a company whose bread and butter are things like paint, lumber, and fastener sales. China’s homeowners are generally happy to pay someone else to do it for them rather than to buy tools and hardware and do it themselves. But that doesn’t mean there isn’t a robust maker culture there that is hacking and building just for kicks.

From self-made helicopters to submarines constructed from metal barrels to DIY prosthetic limbs, Chinese makers lack neither ingenuity nor ambition. They’re real, and if you don’t believe us just click through the gallery link above. 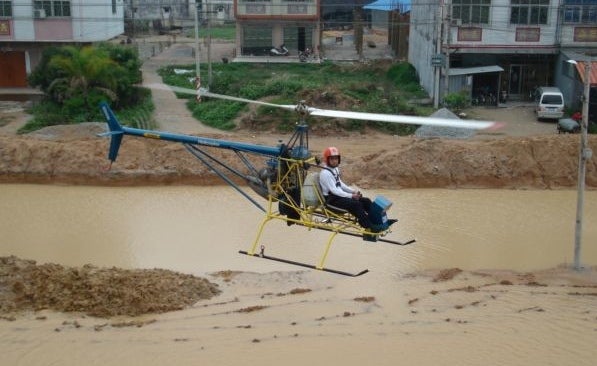 This self-educated Chinese gentleman from Guangdong Province in eastern China spent nearly a decade and $3,000 on his homemade helicopter. It’s not the most stable contraption you’ve likely ever seen, but we reiterate: this guy made his own helicopter. See it in flight here. 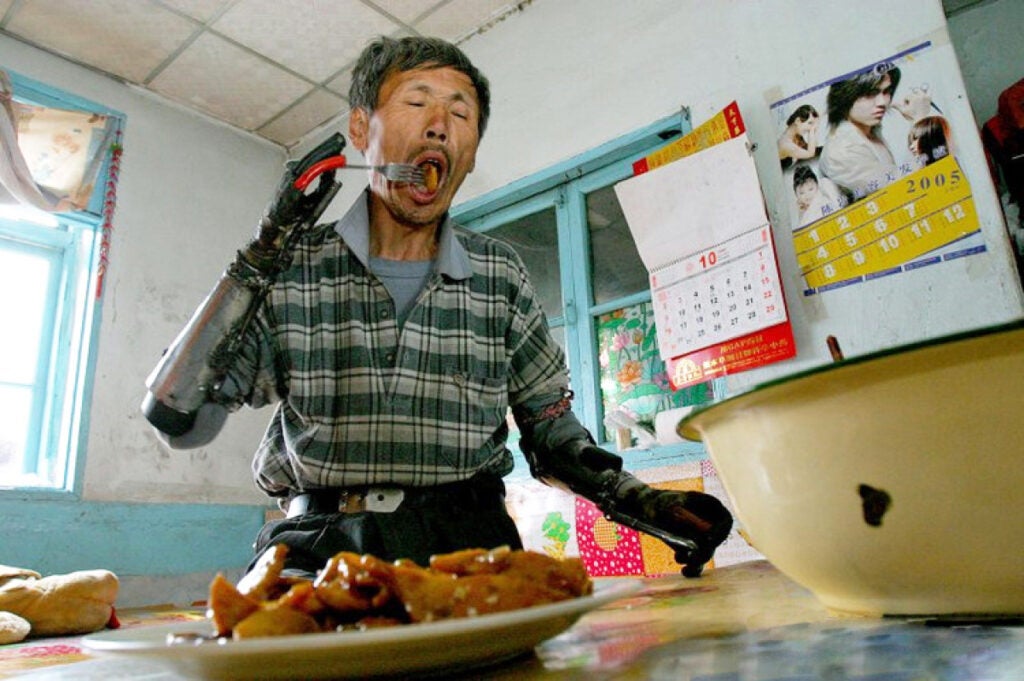 Sun Jifa, of Guanmashan, Jilin province, in northern China, lost his hands in a fishing-related explosion a decade ago. The hospital recommended him prosthetic replacements that were far too expensive. Undeterred, Sun built his own bionic arms that can actually grip and squeeze objects via a system of pulleys and wires manipulated by movements of his elbows. 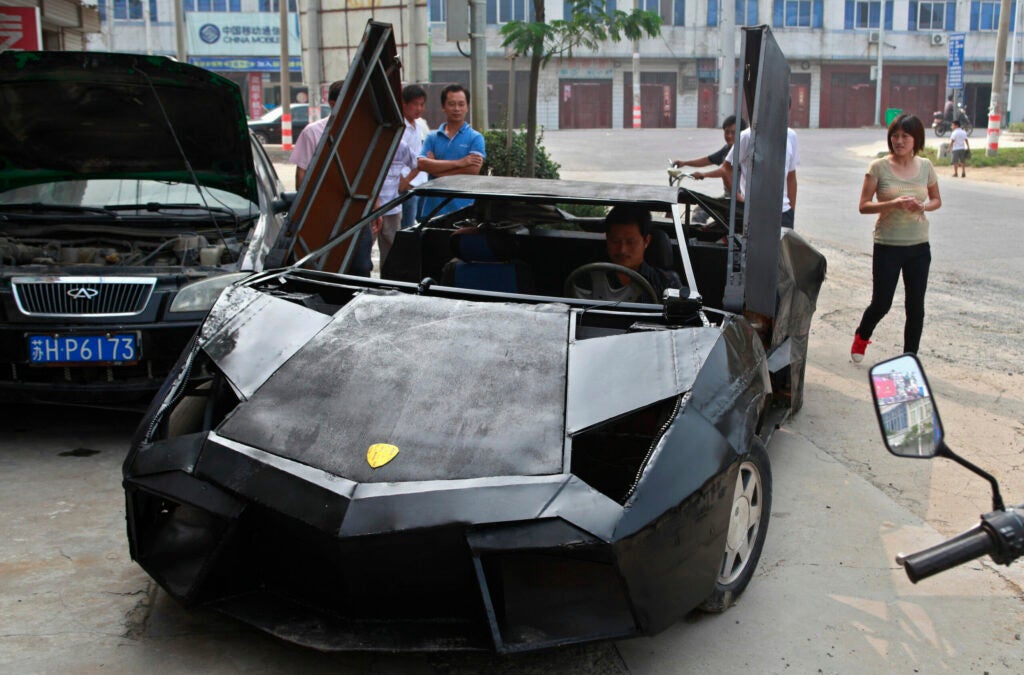 China gets a bad rap for its knock-offs, sometimes deservedly so. Wang Jian isn’t mass producting his homemade Lamborghini Reventon imitation for profit, but that’s not to say money isn’t a factor–his Lambo cost him less than $10,000 to build, a steep discount from the car’s usual $1.6 million price tag. We can’t speak to its performance specs, but the price is right. 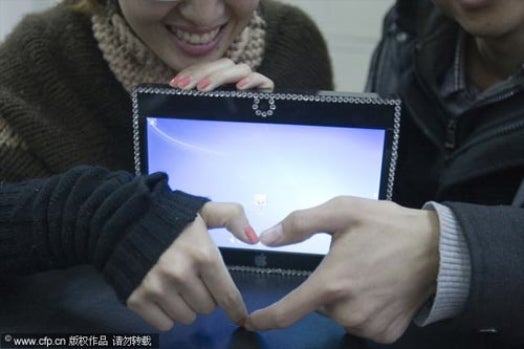 Make Your Own iPad

Wei Xinlong wanted to wow his girlfriend, but didn’t have the cash on hand to buy her a new laptop. The compromise: he gutted an old laptop for parts, bought a new touchscreen and battery, and cobbled together a one-of-a-kind tablet computer for her. It doesn’t actually run iOS of course, but it downloads and displays media just like any other tablet. Wei spent roughly $125 on the tablet, and one could argue its uniqueness adds to its appeal, even if it isn’t the real deal. 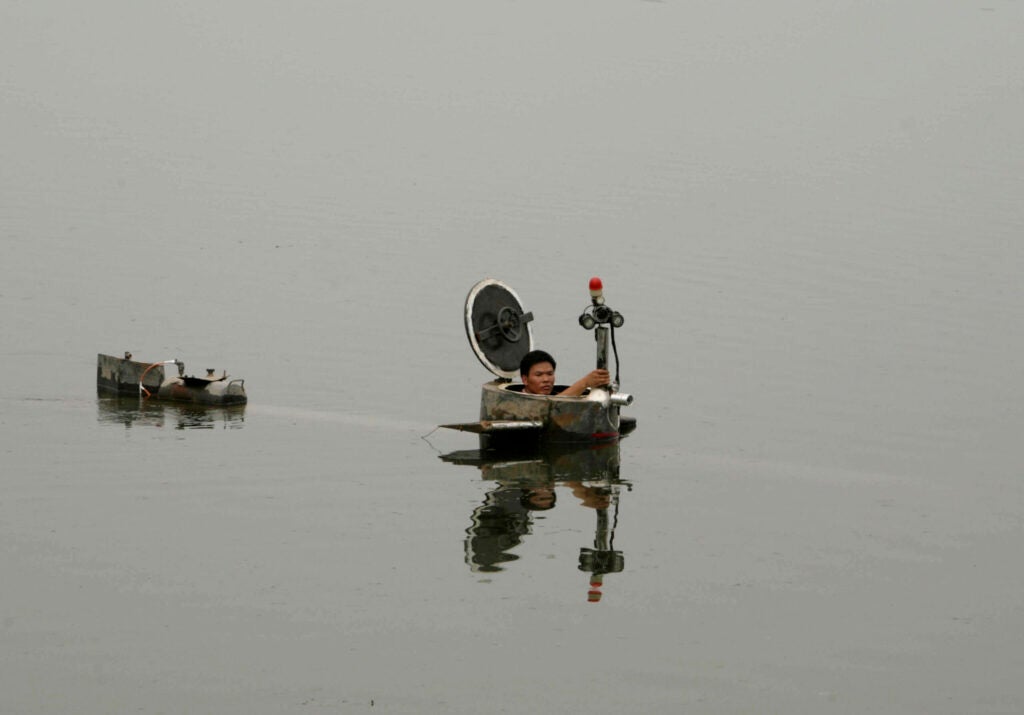 A Submarine Built From Metal Barrels

Tao Xiangli has a fifth grade education and spends his professional hours as an audio tech at a karaoke bar. In his spare time, he works on his submarine, which he’s constructed from metal barrels and fitted with all the hardware necessary for cruising sub-surface, most of which is cobbled together from second-hand parts (check out the video here). Farmer Wu Yulu builds quirky and somewhat macabre robots from things others have thrown away, including a robotic rickshaw that carries him and his wife to town. Perhaps inventors like Wu are at the heart of Home Depot’s business model problem in China. It’s not that Chinese makers aren’t building things from scratch, they’re just more apt to reuse the materials that are already around them. For a big-box chain retailer, that’s bad for business, but it’s a boon for Chinese ingenuity.
Asia
Videos